Campus Police at Portland State Will No Longer Carry Guns

Students at the university have long demanded that the school disarm its police, especially after campus police fatally shot Jason Washington, a Black U.S. postal service worker and Navy veteran, in 2018. 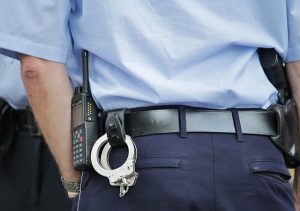 Now, amid summer-long protests against police brutality, the university decided it was time to answer its students’ calls.

In an open letter to the school community, Dr. Stephen Percy, PSU’s president, wrote, “The calls for change that we are hearing at PSU are ringing out across our nation,” adding that the school will organize a Reimagine Campus Safety Committee as it “[continues] to mourn the death of Jason Washington and accept the charge to work actively and intentionally to dismantle systemic racism.”

In place of guns, campus police will carry non-lethal tasers. Additionally, should an incident seriously threaten the school, the school said the Portland Police Bureau agreed to provide armed assistance if necessary.