Strayer University began running new ads in April, promoting their online courses. The message: “Stay safe. Stay home.” The problem is, Strayer University campuses have graduation rates that range from 27% to 3%, according the U.S. Department of Education’s College Scorecard. Students’ median total debt comes to tens of thousands of dollars. Whether the school is a “safe” choice is debatable at best.

Colleges and universities are spending a lot of money on advertising during the pandemic, particularly for-profit colleges, according to a new study by the Century Foundation. 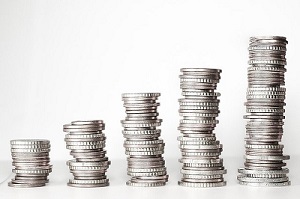 “I think when you’re at a point where students … from low-income, first-generation and minority backgrounds are taking out high sums of debt and unable to pay it back so that schools can ramp up marketing, that does become a problem, particularly when the educational product that they’re receiving suffers as a result,” said Yan Cao, a fellow at the Century Foundation.

The progressive think tank has been tracking higher education marketing on Google and social media from February until May, focusing on the 100 colleges with the largest online enrollments before the pandemic started, based on Department of Education data.

It found that a minority of schools made a shift to pandemic-themed advertising, referencing COVID-19, essential workers or today’s “uncertainty.” Some colleges advertised scholarships and opportunities related to the pandemic.

But perhaps most notable was how much colleges across sectors were willing to spend on ads during COVID-19. For example, Columbia University, the third-largest higher education display advertiser in May, spent $75,300 on a single ad about switching careers to health care. Western Governors University spent $1.3 million on YouTube ads from March to June. The report estimates, using data from Adbeat, that New York University spent about $500,000 more on marketing just this June in comparison to June last year. Grand Canyon University paid $148 per click for an advertisement to appear in searches for “rn to bsn online programs.”

It’s not just for-profit schools putting major cash toward marketing. Some nonprofit and public universities hire third-party contractors for recruitment for online programs with similar spending patterns, making the “lines blurred,” said Cao. But it’s for-profit colleges that have historically spent over 40% of tuition revenue on advertising, and “when for-profit colleges develop a marketing tactic, even one that’s unscrupulous, and nothing happens from a regulatory … standpoint, that lowers the bar and they start to out-compete their peers who are trying to stay within the lines.”

For example, for-profit colleges have been known to call people trained as sales representatives as “admissions counselors” and “coaches,” she added, even though employees are evaluated on how many students they enroll rather than how well they match students to appropriate academic programs.

Aggressive marketing by for-profit colleges is of particular concern for veterans and their advocates. Another recent report by the nonprofit Veterans Education Success analyzed marketing by 27 for-profit schools between February and April, all of which faced law enforcement for consumer protection violations in the past. It similarly found that ads capitalized on the pandemic – referencing schools’ healthcare-specific programs, their online learning, “uncertain times” or COVID-19 directly – and they targeted veterans and service members, as well as people of color.

“In some of the advertisements you’ll see … they used people in uniform as models or they used minorities as models,” said Aniela Szymanski, senior director for legal affairs and military policy at the nonprofit Veterans Education Success. “So, from those cues, we get that they’re trying to identify with that audience by purposefully featuring people who look like the students they’re trying to attract.”

For-profit schools have incentive to market to veterans because of a federal loophole called the 90/10 rule, which means for-profit schools can’t get more than 90% of their revenue from federal financial aid. However, GI Bill money and active duty military assistance tuition doesn’t count, so enrolling veteran students means more federal dollars for these institutions.

To attract students, “sometimes – and we find this very frequently – what they’re saying are complete lies,” Szymanski said, with promises about transferable credits or post-graduation job opportunities schools can’t back up.

The Century Foundation report ends with a list of suggestions for policymakers. It recommends they limit college spending on ads if schools use federal funds and require both institutions themselves and social media platforms to be transparent about how much schools pay for advertising. Finally, it calls for a federal mystery shopping program, a strategy typically used by marketing research firms and companies where they pose as consumers to test customer service. The government would track how for-profit colleges interact with prospective students.

To Cao, the stakes of letting higher education marketing continue on its current trajectory are high.

She recalls talking to an ITT Tech recruiter who used to work as a car salesman for her research. He told her that working for the for-profit chain was “much more demoralizing” than working on a car lot, because as a car salesman, someone comes in wanting a car – and leaves with a car.

But people turn to higher education for all sorts of reasons – “they lost their job, they want economic security, they’ve been told all their lives they’re not a good student and they want to create a better opportunity for their children,” Cao said.

The recruiter knew he wasn’t able to deliver that.

After colleges spend large sums to draw students, “they walk out with a lot of debt, not necessarily ever a degree,” Cao added. “On one level, it’s the further erosion of trust in higher education. On another level, it’s placing an even larger financial burden in the form of student loan debt on the individuals who are least prepared to handle that financial burden.”

Lawsuit: Charlotte School of Law Defrauded Taxpayers Out of $285M