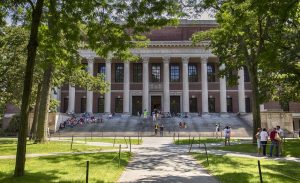 A new study found evidence that counters legal complaints that Asian American students faced consequences if they were not admitted and or did not attend their first-choice school, according to the American Educational Research Association (AERA).

The two complaints, filed by the Coalition of Asian American Associations and the Asian American Coalition for Education (AACE), said the consequences included “reduced time spent on leadership, public service, and co-curricular activities; diminished satisfaction in their academic institutions; a negative attitude toward academics and lower academic achievement; a lack of self-confidence and assertiveness; and negative racial interactions,” AERA reported.

After the complaints were filed to the United States Department of Justice, the Trump administration launched an investigation into the admissions practices of Harvard University and Yale University.

In the study, “American Asian Americans, Admissions, College Choice: An Empirical Test of Claims of Harm Used in Federal Investigations,” researchers analyzed 27 student outcome measures based on their college admission and enrollment decisions. Two national surveys from the Higher Education Research Institute at UCLA were also analyzed, according to AERA.

“Overall, our findings countered the claims made by the two groups that served as the impetus of the Justice Department’s investigation,” said Dr. Mike Hoa Nguyen, an assistant professor of higher education at the University of Denver and coauthor of the study. “We found that only small differences, if any, exist between the self-reported outcomes of Asian American students who were admitted to and attending their first-choice university and those students who were not.”