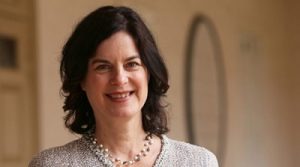 The College of William & Mary approved the final design  for a memorial honoring at least 180 individuals who were enslaved by the institution, according to The Washington Post.

Construction of the memorial, which will cost $2 million, will begin next year and is set to be completed by October 2021. The memorial’s concept was developed by alumnus William Sendor and will replicate a brick fireplace and include the names of those who were enslaved by the school. It will be built near the Wren Building, which is the oldest college building still standing in the United States, according to William & Mary.

The Lemon Project, which researches and reports on William & Mary’s links to slavery, was established in 2009 after student leaders led an effort two years prior, according to the Post.

“The final concept design has the gravitas we sought,” said Dr. Katherine A. Rowe, president of William & Mary, in a statement. “It gives dignity and presence to those who were enslaved by William & Mary and whose labor built the university — without romanticizing that painful history. In the process of refining the design, we recognized that the memorial site will reimagine the Jamestown Road entrance to campus. Both symbolically and actually, the first step for many on campus will be through this more forthright telling of our history.”