Clemson University senior Michaela Knox has been interested in law since middle school, after the shooting of Trayvon Martin, an unarmed Black teen killed in 2012. Seven years later, the criminal justice and sociology major found herself in Washington D.C., interning for the Democratic Congressional Campaign Committee as one of the first participants in the Tyrone Gayle Scholars Program. 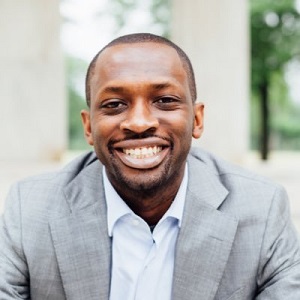 The program, which started in 2019, funds two Clemson University students from underrepresented minority backgrounds to intern in politics every summer. After students are accepted into internships – and go through an application and selection process for the scholars program – each student receives a $3,500 stipend to cover their summer expenses, plus access to a wide mentorship network. Afterward, the program hosts an event for the scholars to reflect and share their work with other students.

For Knox, the program has been “one of the best experiences” of her time in college.

“I wasn’t just scanning documents and that type of thing – it was real work,” she said. “I know that I would never have been able to actually explore that interest or afford to be able to do an internship had I not applied for this.”

She felt honored to carry on the legacy of Tyrone Gayle, who also once worked for the Democratic Congressional Campaign Committee.

Gayle, the program’s namesake, served as the press secretary for Sen. Kamala Harris, now the Democratic vice presidential nominee, and as a spokesman for former Secretary of State Hilary Clinton’s 2016 presidential campaign. A Clemson graduate and an advocate for student success, Gayle died in 2018 of colon cancer at the age of 30.

In a statement after his passing, Harris called him an “invaluable and beloved member of our team and our family,” and reportedly flew to New York City to be by his bedside right before he passed away.

“Tyrone started with me on Day 1 in my Senate office and cared so deeply about the people we fight for every day,” Harris said. “For Tyrone, nothing was too small to do or too big to take on. He did this work tirelessly, always with a smile or a kind gesture. And he never lost faith in our ability to do good for the people in this country. Tyrone is irreplaceable.”

Clemson University Political Science Professor Dr. Jeff Fine, who oversees the program, described Gayle as an alum who was passionate about politics and “excited to give Clemson students a shortcut to where he was.”

For example, Gayle once hosted an informal lunch event to share his career trajectory with students.

He was the kind of person who inspired a “ripple of change,” Fine said. “It’s a really fitting tribute to his memory that he lives on through this cohort of scholars. I think some of our students think that only people from certain backgrounds or certain universities can get these opportunities … so to see a Clemson student do this – and do it at such a high level and in such a short period of time – allows them to see [their potential] in a more clear way.”

Fine ultimately wants to see students from diverse backgrounds – and across the political spectrum – use this experience as an opportunity to test out new career paths in politics and public service.

“I hope what we’ll find is that these students make connections and actually do become future Tyrones,” he said. “We want to see change agents. We want to see these students deciding to get involved for all the right reasons and … make the political landscape a better place.”

Gayle’s wife, Beth Foster Gayle, established the program, alongside other members of Gayle’s family and network. As scholars, students can meet her, and she personally pairs them with a mentor based on their interests. Gayle’s family also attended the Tyrone Gayle Scholars event last year.

“I view them kind of as my own family and as an invaluable resource in my life,” Knox said.

This year, the program had to make a surprise shift to virtual internships in light of the coronavirus pandemic. But Clemson University senior Perry Jackson, one of the 2020 scholars, said as an intern at the Democratic National Committee, he was still able to “seamlessly” integrate into the team. The political science and economics major found the work clarifying in a chaotic time.

“I feel like as an undergrad, especially with the current situation with the coronavirus, there’s a high amount of uncertainty associated with getting a job after school,” Jackson said. “And now I have a little more certainty just because of the fact that I have these connections, but also due to the fact that I have a better idea of what I can do with my degrees. It gives me more range and depth for how I could meld the two together for my advantage.”

Plus, it showed him he really did want to pursue policymaking in the future.

The internship “went by so fast because it really didn’t feel like a job,” he said. “To actually be in the middle of it and see [that] I could really see myself doing this, that’s an opportunity that money couldn’t buy,” he added.

Jackson’s interest in politics started with his grandmother, who took part in the Civil Rights Movement in Charleston, South Carolina, and his mother, who was always involved in local political campaigns. With a boost from the Tyrone Gayle Scholars Program, he wants to be the next change maker in a “family of doers.”

“It gets better with each generation,” he said. “My kids are going to be better than me. That’s the goal.”

Clemson’s Dabo Swinney Winning in Classroom, on the Field

Diverse Co-Founder to be Honored at Clemson University