As the COVID-19 virus spread across the country this spring and more data became available that revealed the disproportionate impact it was having on Black communities, Tennessee State University launched the nation’s first COVID-19 Academy to support residents in its Nashville community. The academy uses a holistic approach to help community members access healthcare, basic human services like food and job training, and education resources to help meet the needs of families who might be impacted — financially and otherwise — for a long time to come. When the academy launched in May 2020, Dr. Glenda Baskin Glover, TSU’s president, said the institution was hoping to stem the effects of a pandemic that would “work to bridge the health care disparity for people of color that experts say will have a lasting impact for generations to come.”

Dr. M. Christopher Brown II, president of Kentucky State University, said land-grant institutions like TSU and Kentucky State produce the lion’s share of nurses, teachers, military officers and criminal justice professionals — all of whom are desperately needed in this moment of global pandemic and ongoing tensions between police officers and the Black community.

Dr. Eugene Anderson, vice president of external diversity, equity and inclusion for the Association of Public and Land-grant Universities, said in addition to HBCUs being educational hubs, these institutions are still playing a central part in the critical role of addressing societal problems.

From tackling healthcare disparities through both research to support direct solutions and by graduating more Black doctors and other healthcare professionals, to solutions like Kentucky State’s mobile poultry processing unit, which goes directly to Black farmers in the state to help increase their production in the midst of a national food shortage, these institutions are making an impact. Though they collectively enroll just shy of 100,000 students, these institutions graduate 45% of all Black students who go on to work in agricultural sciences, as well as 10% of all engineers.

APLU and its HBCU member institutions are preparing to celebrate the 130th anniversary of the passing of the second Morrill Act, which provided the land to establish institutions for African Americans during Reconstruction.

On Monday, APLU is hosting a webinar to celebrate the 130th anniversary of the second Morrill Act, but Anderson promises the event will be more than just eating cake and celebrating. It intends to be an acknowledgement of the role the institutions have played and continue to play in the higher ed landscape and American society overall, but also a moment of advocacy to call for increased funding. 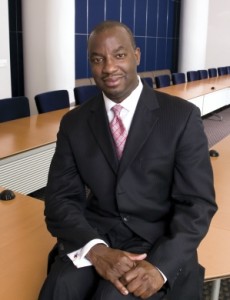 In addition to increased institutional funding, Anderson said fully funding and increasing funding for the Pell Grant program are critically important, as the award “has lost its buying power,” and since these institutions enroll disproportionately high numbers of Pell-dependent students, this exacerbates their financial condition. Not only that, but he is calling on states and Congress to increase direct appropriations to institutions, “both in terms of research to understand the disparities and how to address them,” he said.

Anderson said the Morrill Act, as important as it was, is a key example of the fact that “progress for African Americans has never been simple or easy.” Even at the time the bill was passed, the financial commitment from states to fund these institutions was limited, and there has been an ongoing “journey and this struggle to provide that access and that opportunity” for African American students to attain an education, said Anderson.

The schools have never been funded at equitable levels. A 2013 APLU report found that over 60% of 1890 institutions did not receive the required one-to-one-matching funds from their respective states for extension or research funding, and the institutions missed out on more than $31 million in funding between 2010-2012 because of this. Over the same period, they did not receive over $25 million owed by states for research under the one-to-one match requirement, making for nearly a combined $57 million in missed funding over two years. And data show state funding to higher education as a whole has continued to suffer cuts in the eight years since the APLU report, but for the HBCU community, and the land-grant university contingency, “it has been doubly challenging,” said Anderson.

Anderson called on policymakers, legislators and philanthropists to understand the gravity of this moment and the impact of the viral images of violence against Black people across the country and invest more funds to secure the sustainability of these institutions.

“The role of HBCUs at a time like this is really key,” he said. “The violence, the systematic racism is not new, and HBCUs have existed as an example of the Black community fighting against that. The second Morrill Act is significant in Congress taking this action, [but] it is important to put that in the context of, in the period of enslavement, Blacks risked their lives to learn how to read, so there’s always been this connection between education and liberation.”

Calling HBCUs “the bedrock of that fight for liberation,” Anderson said it is time for those who hold the purse strings to “come to grips with the reality that this is not a post-racial America. It is still a fragmented America with different opportunities and different treatment” for different populations. Land-grant HBCUs were “built out of the struggle of liberation and economic empowerment,” he said, “and they have continued to play in that role.”

Many argue the end of segregation has rendered the institutions less relevant, but Anderson pointed out the adverse experiences of Black students still fighting to prove their belonging and fight to be supported on predominately White campuses as reasons for why these schools should not only continue to exist but be funded fully and see similar levels of philanthropic giving and support for research as other institutions.

“I think others are understanding just how significant it is for students of color to feel safe and supported in an academic environment, to not be treated and assumed that they are a trespasser on campus,” he said. “Many Black students endured those things on their own pathway and journey toward an education, but HBCUs continue to provide a place where” belonging “was never a question,” and whether you are welcome and supported “was never in question.”

“We need to insist the federal infrastructure support HBCUs, particularly those in the land-grant sector, because of their ability to rapidly deploy resources, and fill the critical needs in our community,” Brown said. “Even in the midst of the pandemic, we are able to deploy our resources, and even still at this moment, we are still producing nurses, teachers, military officers” and others who are playing a direct role in addressing the disparities that exist for Black lives in this country.