Twenty-five years after California banned consideration of race or ethnicity in public education, Latinos became the largest ethnic group among freshmen admitted to the University of California system for the first time. But some affirmative action advocates are wary of celebrating, saying that affirmative action is still necessary, reports The Sacramento Bee.

“How many years, how many decades … were Latinos not given an equal opportunity?” said state Sen. Maria Elena Durazo to the Bee. “Let’s not confuse one time with the many decades where there was no equality.” 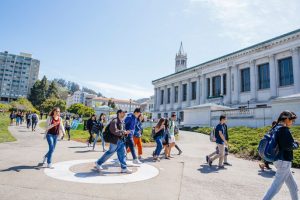 While attitudes toward affirmative action have fluctuated throughout the years, Durazo and others told the Bee they are hopeful the momentum of the Black Lives Matter movement will show people that “Race does matter.”

“California is the most diverse state in the nation. We value pluralism and diversity. In fact, the University of California just admitted its most diverse class in history,” Chang said in a statement. “While we do have dark parts in our state’s history where laws and even the state Constitution were used for explicitly racist objectives, the idea that in 2020 we would decide to combat modern discrimination by legalizing it is poor public policy.”

In regards to the general population, attitudes toward affirmative action are generally split, with slightly more people opposing it. According to a 2019 Pew Research Center study, 65% of U.S. Hispanics said colleges should not consider race in admissions compared to 58% of Asians, 62% of Blacks and 78% of Whites.

Yet, demographic data  still reveals attainment gaps for Latino students. While they may be graduating high school and enrolling in college in greater numbers, they are still less likely than other groups to obtain a 4-year college degree, according to a 2018 Campaign for College Opportunity report.

“The report found about 18% of Latinos in California have an associate’s or bachelor’s degree, compared with 52% of white people in the state,” reported The Bee.

LASTWORD: The Role of Privilege in Diversity Education