The Black Professor at Historically White Colleges and Universities

Racism is baked into the fabric of America. This is an immutable fact. In 2020, racism and anti-racism efforts have not been this pronounced since the Civil Rights Movement. While many still refuse to acknowledge the presence and destructive impact of racism, there is a growing multi-racial movement that is challenging the points of view, values and policies that perpetuate racism. However, among the places where racism can be present and remain largely unchallenged is at historically White colleges and universities (HWCUs). While racism affects other groups, the Black experience is unique. 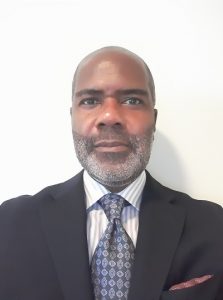 What can begin as anticipation and excitement as one embarks upon a new journey in academia could leave a new Ph.D., a visiting professor or a seasoned scholar wondering if they have made a terrible decision. One can be met, initially, with enthusiasm from the institution’s president or provost during new faculty orientation. You find that the quality of the orientation is first-rate and your presence seems to be valued which helps you to feel welcomed. The school environs are sublime but there are few Black faces. No surprise here until you find that the majority of Black people on the campus work in the kitchen. The moment is jarring! You attempt to mentally compartmentalize what you just saw while your hunger has been replaced with feeling sick to the stomach.

Eager to begin the semester and forge new relationships with colleagues, you notice that the level of enthusiasm about your presence in your school or department is not as exuberant as it was during the orientation. But, you rationalize this to the busyness that is typical at the beginning of a new academic year. During the semester, your collegial interactions are few and unremarkable and the intellectual stimulation to which you are accustomed goes no further than a quick hello in the corridors. You are rarely engaged in departmental meetings but you offer your input. You volunteer to participate in ad hoc meetings but for some reason, you are never invited to these meetings.

With regard to your scholarship, and this is especially important for those who are tenure track — i.e., the process of being promoted and achieving job security in academia — you may be serving on committees, working on research projects to publish your work in refereed journals, presenting at conferences and meriting grant and research dollars. These efforts seem to go unnoticed by your chair but what you observe is that your White colleagues receive high praise and even accolades for doing a third of what you produce. You may also be unaware, at first, that because of the professional and academic insouciance that you are experiencing from your chair and other senior faculty, you use every encounter with them to prove your intellect. This realization can produce an assortment of emotions from indignation, resentment and anger to depression. Despite this, you try to convince yourself that your reprieve will be in the classroom, you hope.

As a Black professor who is teaching majority White students, your classroom interaction can be varied. Some students are enthusiastic, well prepared, and engaged. They ask questions, there seems to be a sense of appreciation for your presence and they tend not to bristle when encouraged by you to expound on a response or when they are told that their response is not correct. Some, however, will use the excuse that they do not participate in class because you always say that they are wrong. This tends to be the deflection from taking any responsibility for the lack of academic preparation or that more focused effort may be required. And, then, there are students who seem to view you as an enigma. Granted, there will be some White students who have never been taught by a Black professor or a Black teacher.

The sometimes non-discreet stares of incredulity from these White students that you see peripherally that you are standing before them as the professor, that you know more than they do, seems not to be reconcilable. This can become amplified when a student’s performance is subpar. She/he can develop feelings of defensiveness followed by indignation and the declaration that of all their classes, your class presents the most issues and it is lowering their overall grade point average. The implication received is that you are the problem, not the student. This scenario goes well beyond the belief held by some students that any effort should be rewarded with at least a C, “doing their best” as expressed by some students should entitle them to no less than a B and spending a lot of time on an assignment, no matter how poorly utilized the time, should warrant a high grade. This scenario speaks to the belief held by some White students that the intellectual capacity of Blacks, particularly Black Americans, is inferior to that of Whites and, as a Black person in academia, you are not qualified, no matter your credentials, expertise and years of experience, to teach a White person.

In this time of racial unrest and anti-racism movements, academia is still charged with teaching people how to think and to seek truth no matter how ugly it may be. Empty platitudes decrying racism, feigned attempts at diversity and inclusion and an overall unwillingness to change its culture are unacceptable. If HWCUs are truly committed to these ideals, let it be, by deed, an incubator of racism no more.

Robert M. Brown III, Ph.D.  is an adjunct professor in the Department of Social Sciences at Western Connecticut State University.

With the Fire on High: The Writing Process in COVID-19