UMass Amherst to Furlough Nearly 850 Employees This Fall Due to Projected Budget Loss of $168.6 Million

The University of Massachusetts Amherst plans to indefinitely furlough “nearly 850” employees this fall due to a projected budget loss of $168.6 million due to the ongoing pandemic, the university announced Thursday, calling it “one of the greatest financial challenges in our 157-year history.”

Among those most affected are dining hall workers and residence hall operations staff — workers who are represented by their local AFSCME labor union.  Following negotiations with the union, UMass will continue to provide benefits, including healthcare, to its furloughed employees, who will also still be entitled to unemployment benefits. 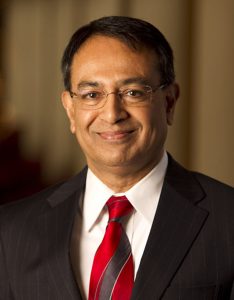 “We were told that if we did not accept ‘temporary’ furloughs our members would be laid off and lose all benefits,” AFSCME Local 1776 wrote on its Facebook page. “We realize the University is facing a financial crisis however, despite the efforts of all the UMass unions to negotiate alternative cost saving measures the University refused to consider anything other than furloughing people off.”

In a letter to the community, UMass Chancellor Dr. Kumble R. Subbaswamy said the $168.6 million deficit partly comes from a $67.4 million loss in housing and dining revenue, a $30.6 million loss in tuition revenue and a $20.9 million reduction in other revenues, including grant and contract overhead income. “We also project an increase in expenditure of $13 million in virus testing, safety, isolation and quarantine measures,” he wrote.

“Additionally, the Board of Trustees has directed the campus to budget for a contingency equal to a 10% hold-back in our state appropriation allocation ($36.7 million) due to uncertainties in the state budget, as well as other factors, including further potential pandemic-related losses or additional expenses throughout the year.”

Even with those and other cutbacks though, Subbaswamy said the school still faces a deficit of $20.3 million.

“As we continue to look for additional cost savings and efficiencies in every area of our operations, we have reached the inescapable conclusion that the only way to address such a substantial deficit is through workforce reductions, beginning with those job functions that cannot be performed remotely and for which there is no work due to the minimal number of students residing on campus, he said.”

He added that permanent layoffs are expected but that school officials are doing “everything possible to lessen the number of layoffs and are currently in discussions with other staff labor unions with the hope of reaching an agreement that prioritizes temporary reductions in hours and furloughs, which will likely impact approximately 450 additional campus employees.”