Over 600 higher education leaders and policymakers virtually attended an Association of Public and Land-Grant Universities (APLU) webinar to celebrate the 130th anniversary of the Morrill Act of 1890.

In 1862, the Morrill Act was passed, which granted each state proceeds from the sale of public land to establish colleges that were designed to teach agriculture, military tactics, mechanical arts and classical studies. However, due to segregation, Black Americans were restricted in southern and border states from attending those institutions. Therefore, in 1890, a second Morrill Act was established to allow for the creation of one Black and one White institution within those states, according to APLU. 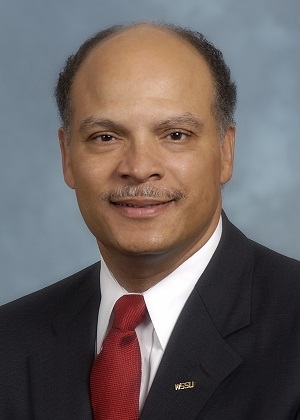 “The fact that each of our institutions has been created to provide that access when the idea that we are all created equal did not extend to the individuals that made up our student bodies is never far from our minds,” said Dr. Harold Lee Martin, Sr., chancellor of North Carolina Agricultural and Technical State University.

The two-hour webinar included panel discussions featuring presidents of 1890 land-grant universities and business leaders within the public and private sector.

“The 1890s have an incredible story,” said Congresswoman Dr. Alma S. Adams. “An ongoing legacy of educating great Black leaders, academicians and innovators. Even in their early days, these institutions and the work of their professors, students and alumni changed the face of America. Now, 130 years later, our schools are carrying on that work and building on that story.”

There are currently 19 1890 land-grant universities across the nation that contribute more than $4.4 billion to their local communities and serve more than 90,000 students a year, according to Adams.

Despite this, institutions face limited funding and resources, further emphasized by the COVID-19 pandemic, including the digital divide. Though technology has assisted during a time of remote learning and work, many students lack access to technology and Wi-Fi needed to complete their coursework.

Additionally, the Black community has been disproportionately impacted by the pandemic. As of August 18, 1 in 1,125 Black Americans have died from COVID-19 compared to 1 in 2,450 White Americans and 1 in 2,750 Asian Americans, according to APM Research Lab.

However, despite these challenges, Dr. Heidi Anderson, president of the Univ. of Maryland Eastern Shore (UMES), said that land-grant universities can be part of the solution as they venture into offering a number of professional programs such as healthcare. 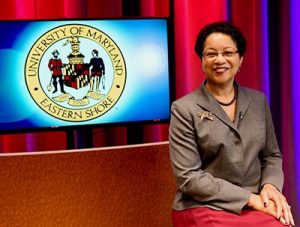 “When you think about the pandemic and what it has done to this country for our communities and specifically where food insecurity exists as well as the lack of healthcare, we are going to be producing those kind of students that are going to be graduates, doctors, pharmacists, physicians throughout the country for a number of years,” said Anderson.

Some skills needed in an office environment include being a great communicator, ability to synthesize information, interpret and analyze data and hold strong writing and oral presentation skills. In addition to academic and professional skills, personal development also plays a role, according to Phillip Thomas Wallace, director of U.S. Federal Government Affairs at Walmart.

“A lot of times, we don’t always have the same level of confidence as some of our peers from PWIs so we are sometimes a little fearful about speaking up in rooms,” said Wallace. “Or for those of us who attended predominately African American K-12 schools and then go to HBCUs, sometimes it’s our first time being in large rooms where you are the only African American. That could be very intimidating to a lot of people.”

Kellie Adesina, director of federal government affairs at Bayer Crop Science, understands what it’s like to be, as she described, the “only chocolate chip in the room.” Being a minority as brought about additional weight and pressure.

For example, after the death of George Floyd, her company looked at ways to take action to address racism. However, during a meeting, Adesina said that she felt that she was expected to contribute to the conversation.

“I took a couple days and thought about it and was able to share,” said Adesina. “But I just thought that the biggest skills set that I used in that particular time was my ability to communicate….it was being able to feel confident enough to speak up and say ‘if we are serious enough, then these are the things we need to do.’”

To create awareness around the opportunities that exist in corporations and provide students an understanding that agriculture goes beyond working on a farm, she recommended that institutions create a pipeline.

Additionally, Demetha Sanders, global head of inclusion and talent management at Cargill, said the pride that students hold at these institutions also need to translate into the workforce once they enter a corporation. After having conversations with colleagues at her company, she discovered that it wasn’t widely known that many of the employees came from HBCUs.

“I think that’s a shame,” she said. “I say it’s a shame because that means that we aren’t saying where we are coming from. We aren’t really being honest about our backgrounds and for some reason, we aren’t willing to share that information as openly and as proud as we should. I would encourage the students at the universities to make sure that you wear your badges with pride. These universities have done so much.”