As Northwestern University’s president Morton Schapiro watched COVID-19 cases rising in Chicago’s Cook County, he made the last-minute decision on Friday to allow only third- and fourth-year students back on campus for in-person classes and residence living. That way, the school “could increase its capacity to quarantine students based on estimates from the state,” reports The Chicago-Tribune. 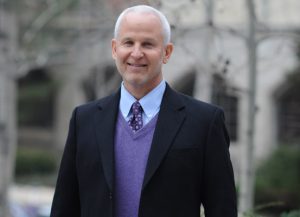 “Backlash” from angry first- and second-year students then followed, reported the Tribune, prompting an apology from Schapiro during an online presentation Tuesday, in which he provided more details.

“I apologize for people who are so angry, and I understand that anger as a parent and as an educator. In retrospect, I probably should have decided earlier in the week,” he said, explaining that not long ago, he was “absolutely convinced” Northwestern could reopen safely.

The school had originally set aside 609 rooms for quarantine space but after recalculating the likely number of positive cases — and watching other universities across the nation overestimate their own quarantine capacity — he said the school decided on Thursday that 609 rooms would not be enough.

“When we did the math, we saw that 609 would completely fill within seven to 10 days, and then we’d be forced to send everybody home,” Schapiro said. “How do you send people home who are infected? I don’t know what we would have done, but that’s when I made that decision.”

First- and second-year students with special circumstances can still apply for access to campus, but Schapiro asked that all underclassmen who can stay home and learn remotely do so. He also announced that, given the new circumstances, the school would be reducing tuition by 10% and revising its deferral policies to allow new incoming or transfer students to delay the start of their studies until the winter, spring or fall 2021 without penalty.