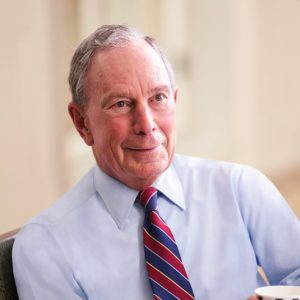 With the goal of improving the overall health and wealth of Black Americans, former New York mayor Michael R. Bloomberg announced plans to donate $100 million from his philanthropic organization, Greenwood Initiative, to four historically Black medical schools, according to the New York Times.

Around 800 medical students from Charles R. Drew University of Science and Medicine, Howard University College of Medicine, Meharry Medical College and Morehouse School of Medicine will receive $100,000 in grant aid. To be eligible, students in any specialty must graduate between 2021 and 2024, NYT reported.

The Greenwood Initiative was introduced during Bloomberg’s presidential campaign.

“The data is clear, Black patients overall have better outcomes when they get treatment from Black doctors,” Bloomberg said in a statement. “By increasing the number of Black doctors, we hope the gift will help to save more Black lives and reduce the health problems that limit economic opportunity in Black communities.”