George Washington University’s Department of History has responded to the news that one its faculty members, Dr. Jessica Krug, lied about having an Afro-Caribbean identity throughout her entire career as an African and Latin American studies professor. She is a White woman. 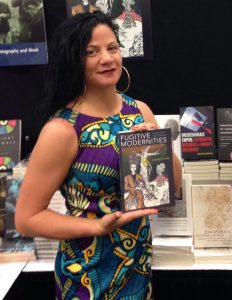 In a statement released Thursday, the department described itself as “shocked” and “appalled,” saying Krug had betrayed the trust of her current and former students, colleagues, scholars and community activists.

“The discipline of history is concerned with truth telling about the past,” wrote the department. “With her conduct, Dr. Krug has raised questions about the veracity of her own research and teaching.”

The department requested that either Krug resign from her position as associate professor of history or that the university rescind her tenure and terminate her faculty appointment.