To discuss ways to reduce further learning disruptions during the COVID-19 pandemic and racial injustice unrest within the United States, the Center for American Progress (CAP) and EduColor have teamed up to launch the #WeBuildEDU campaign.

As part of the campaign, educators of color detailed their experiences with school shutdowns at the start of the pandemic, discussed the ways in which their teaching changed and suggested how schools should look during the reopening process to better serve all students. 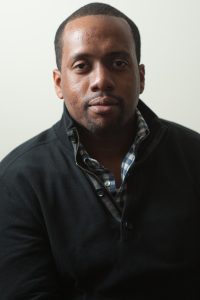 The campaign showcased both videos and written stories for each of the educators. These educators include adults who interact with young people throughout the school day such as guidance counselors, librarians, crossing guards, teachers and administrators.

As schools began shutting down in mid-March, Brigette Cottman, an assistant principal in the Baltimore City Public School system, witnessed communication issues between the schools and their families due to educational disparities.

Equity issues such as food and housing insecurity and a lack of access to technology have been further brought to light by the racial injustice protests.

Many of the educators expressed that equity issues must be addressed so each student can receive access to resources to ensure completion of their assignments and education.

“We have to really take into account the diversity in our families and the different circumstances that lie within our families based on socio-economic status and all of those factors,” said Cottman’s campaign statement. “We really have to consider those and really be able to be more flexible.”

Another suggestion during the reopening process is to have schools analyze their current curriculum and instruction. For example, Julia Torres, a librarian in Denver Public Schools, has found that K-12’s approach to curriculum has been “one-directional.”

“I think it’s also an opportunity for librarians and literacy educators to think about reading and writing as more than just skills that students need to learn so they can pass a test,” she said in her campaign statement. “How can we encourage our students to be creators of content? How could we encourage our students to see reading as a pleasurable activity that they do to decrease stress in the brain? Not just something they do to acquire new knowledge and information, but something that they do for fun that is enjoyable. I think that this is a great opportunity to do that.”

As discussions surrounded school reopening plans, rather than developing strategies to support working families, schools were seen as daycare centers, according to Dr. Khalilah Harris, managing director of K-12 Policy at CAP. 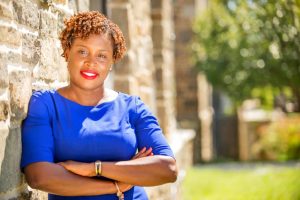 “It’s important for educators to have the support of the community so that they feel safe could be able to teach our children and do it without fear of their personal health being impacted,” she said.

In terms of incorporating race conversations in the curriculum, Ursula Garvin, owner and director of STEMbotics Learning Center, felt that her classroom had always focused on aspects of inclusion. However, as an advisor of the Black Student Union, she reached out to her students during the protests over the summer and provided them with resources. Her students wanted their voices to be heard and expressed interest in starting a podcast on Instagram called “Let’s Talk Black.”

“This was their contribution in their way of addressing and informing their classmates of some of the issues that African Americans face each day,” she said in her campaign statement.  “So I’ve been a support to these young ladies, but they have done all of the groundwork putting together their agenda, their guest speakers, which I think is an amazing step. So, you know, I think that when we talk about equity and access and ensuring that there’s justice, there are lots of different ways to approach solving the problem. All that matters is that you’re doing something.”

Other aspects of the campaign include encouraging readers to write to their elected officials and referring them to the site.

“This large goal is to push it out more broadly, to make sure that it is seen and people feel like this is a space where they can tell their stories,” said Harris. “But also for district officials and elected officials to listen to them and to hear from people in their own jurisdiction about what’s happened to them and what schools should look like.”

As part of its work to elevate the voices of educators of color, CAP also plans to host seven virtual community conversations in partnership with local organizations throughout September and October. Conversations will include around 16-20 people and will further detail the educator experience.