It is the start of a new academic year, and among the array of icebreaker activities that educators use is the “name story”, wherein students describe the origin of their names and what they mean to them. My mother would tell me that while in the hospital bed for my birth, she flipped through the Bible and landed on the Book of Daniel, which I have always felt was a happenstance way of settling on a weighty name that literally means “judged by God”. “Blake” was chosen by a matriarch in my family who escaped servitude in Charlottesville, Virginia. I have always felt a sense of pride that she chose it of her own free will, her agency serving as a small consolation for the fact that my ancestors were robbed of their African names and traditions.

This year, my names take on new layers of meaning. Jacob Blake was paralyzed after being shot in the back seven times for resisting arrest. A dear friend of mine reached out to me shortly after the video began circulating, and shared that seeing “‘Blake’ in the news just hit me differently and reminds me of how close these things can actually hit home.”

On Wednesday, September 2nd, the video of the police killing of a man with whom I shared a first name, Daniel Prude, was released. His brother had called the police because Daniel was acting erratically and abruptly left his house. Police found him naked and unarmed in the street, and “handcuffed him, mocked him, put a mesh bag over his head, knelt on his back, and pushed his face into the ground until he stopped breathing”. This incident, which happened in March, was captured on body camera video; however, the officers were not disciplined and remained on active duty nearly half a year later.

There is a deeper connection between me, Jacob Blake, and Daniel Prude beyond our shared names. I, too, am a Black man. I, too, have resisted arrest. I, too, have been brutalized by law enforcement during a mental health crisis. 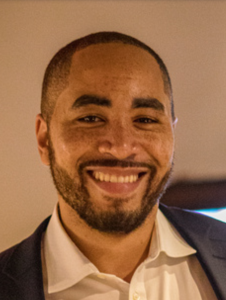 I have bipolar disorder. My first manic episode occurred during my first stint in graduate school, and was sparked by the killing of Trayvon Martin, which led to my well-intentioned but misguided efforts to counter racism through t-shirts that raised awareness of implicit bias. After weeks of sleep deprivation, during which I experienced delusions of grandeur and paranoia, I wound up calling the police on myself while on campus. That apparently was not enough of an indication that I needed mental health assistance, and after hours in a holding cell at the local jail, they attempted to release me in the middle of the night. I told them that I needed mental health care and refused to leave. They proceeded to drag me 50-70 feet outside of the jail’s doors to rearrest me for trespassing, and later transferred me to the county jail. At the county jail, I heard a man yelling desperately for help from inside a locked restroom, which may have been an auditory hallucination, and after it seemed like the officers were simply ignoring him, I stood up and shouted at them to help him. They forced me into an isolated holding cell, and after a short period of time, eight correctional officers entered and proceeded to beat me unconscious and to the point that when I woke up I struggled to recognize myself in the reflection.

After this incident, I was diagnosed with bipolar disorder (type 1). I went through some very dark times and my path back to normalcy was a long one. When I felt like I was returning to who I was before my episode, I became comfortable with the idea that I had been misdiagnosed and that what happened was a fluke. My second manic episode was brought about by the sudden and unexpected passing of my mother; she was my best friend. This also led to an encounter with police, who thankfully took me to the hospital instead of to jail. I have since come to terms with my diagnosis, and receive treatment through medication and therapy, in addition to being vigilant in my self-care and prioritizing sleep. My greatest, ever-present fear is slipping in to yet another manic episode.

Though my family and friends tell me that my story is inspiring because of how I have persevered and achieved, for me, my experiences with bipolar disorder are a source of deep shame, which has been exacerbated in academia, where serious mental illnesses are mocked and hurled as insults, and where there is an insidious culture of complicity regarding the conditions that make mental health struggles so common in this industry. These factors in combination with my disdain for respectability politics make me hesitant to share my story; indeed, I dread anyone taking away from this that because I have been able to bounce back and manage my disability that other people suffering from mental illnesses should be expected to do the same. Though diagnoses can be shared, everyone has unique experiences, and I was fortunate to have a strong support network and social capital that helped me get back on my feet, in addition to serendipitous work and educational opportunities that gave me purpose and helped me to focus my mind.

Given the many people who consistently try to rationalize and defend police brutality, I presume that if they learned of my ordeal they would argue that the correctional officers’ use of force was justified, and that if I had been paralyzed or died, I, too, would have deserved it.

Though cases of police brutality continue, each evoking our collective trauma and making my personal trauma particularly acute, I refuse to numb myself to each victim’s humanity, and recall the words of Jiddu Krishnamurti, who said “It is no measure of health to be well adjusted to a profoundly sick society.” In these bleak times, I draw resolve from the words of Bryan Stevenson, who warns against cynicism and helps us to recognize that hope is our superpower. And in studying the words of Chadwick Boseman since his passing, I have challenged myself to be the hero in my own story, and shift my feelings of shame into pride in my resilience.

A truly just system will not exist until we remove barriers to accountability and dismantle the financial incentives that make a system that is supposed to protect and serve the people a for-profit venture with large rewards for the rich and powerful. The ways in which this system disproportionately hurts Black people, as many have documented, are by design.

My prayers are with all who are impacted by these ongoing instances of injustice and brutality. May the moral conscience of the nation prevail and lead us to reallocate resources in ways that recognize and safeguard the full humanity of each and every person.

Dr. Daniel Blake earned his PhD in May 2020 from the University of Pennsylvania, where he continues as a Provost Postdoctoral Fellow.

Some university massacre survivors have a ‘long way to go,’ governor says after meeting