Despite research indicating that access to higher education by incarcerated individuals reduces recidivism rates, those individuals are still unable to access Pell Grants to fund such education.

People of color and people from low socioeconomic backgrounds are disproportionately represented in the criminal justice system. Nearly 94% of incarcerated people in prisons throughout the U.S. do not have a postsecondary degree. Existing research shows earning a degree improves their chances upon release of achieving meaningful employment, stable housing and reintegration into communities.

In response to a call for more data to inform discussions, IHEP assembled an advisory council of HEP practitioners and researchers in the field to help inform and develop the Key Performance Indicators (KPI) framework. Incarcerated individuals currently enrolled in HEP programs and former inmates who participated in HEP were interviewed. The work was supported by Ascendium Education Group. 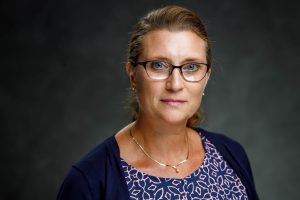 IHEP partnered with University of Iowa’s Liberal Arts Beyond Bars program, Holy Cross College and the University of Notre Dame’s Moreau College Initiative (Indiana) and Raritan Valley Community College (NJ) to examine data collection practices and develop KPIs that would help HEP programs collect and report better data on their impact. Each program has individual characteristics and proven results. Administrators from the three programs served on the advisory council.

“[There is a] national need to identify key performance indicators of student success for higher education in prison programs,” said Dr. Alesha Seroczynski, director of the Moreau College Initiative, who served as principal investigator for this site. “Since I started this position seven years ago, I’ve always been very interested in building a better data set and collecting as much good data as we possibly can.”

“Without a doubt, SCP is a game-changer for most programs,” said Seroczynski. “At least half of the SCP sites did not have higher ed in prison programs before the reinstatement of Pell funding.”

The research process for this report took approximately two years. During this time, members of the advisory council regularly interacted and listened to each other’s perspectives. There was a review of existing literature. Feedback of students in HEP programs was also hugely important.

“We all held a number of focus groups with current students who talked through their experiences and tried to identify some of these key variables,” said Seroczynski. “It was critical to the development of the framework and ultimately to the success of the research. We did our very best to try and hear what students and experts in the field were saying about important outcome variables.”

The report notes ways to gather data in each category, adding that it must be disaggregated by race, ethnicity, gender, age, generation status, geographic region, military status and any other demographic identity markers available to ensure equitable understanding of the information collected. IHEP will establish secure data collection portals, and individuals who prefer to send information on paper will be able to do so6.

IHEP will utilize this framework to collect data from the three partner HEP sites in 2020–21. Seroczynski said the Moreau College Initiative will have graduate research assistants who don’t have prior academic relationships with the students gather KPI data. Ideally, the students will have various means of providing their information — face-to-face, telephone and via Zoom — but that is subject to COVID-19 conditions, which has impacted HEP programming.

The report notes that data should be shared with legislators and policy makers to inform decisions such as the restoration of Pell Grants. In recent years, many HEP programs have relied on support from foundations. The data may bring new supporters. Seroczynski said she hopes other institutions will join the conversation.

“I really hope that young nascent college in prison programs will not be overwhelmed by the magnitude of the variables, but to look critically at them and to consider ones that they know and are confident they can collect and begin to build their own data sets,” said Seroczynski. “That is really going to be key to the success to young HEP programs.

“Policy makers and governmental constituents … will see that college in prison programs are as serious about their educational opportunities and the success of their students as all other colleges and universities.”

The plan is to produce an IHEP report on the data next year.

A New Report Asks Who’s Going Back to College?