In partnership with historically Black colleges and universities (HBCUs), IBM recently launched a quantum computing research initiative to raise awareness of the field and diversify the workforce.

The IBM-HBCU Quantum Center, a multi-year investment, will fund undergraduate and graduate research, provide access to IBM quantum computers through the Cloud and offer student support.

Quantum computing is considered a “fairly young field” and quantum computers were not readily available in research labs until 2016. IBM was the first company to put a quantum computer on the Cloud, which allows it to be accessible from anywhere, according to Dr. Abraham Asfaw, global lead of Quantum Education and Open Science at IBM Quantum.

“What that implies is that now anyone around the world can participate,” he said. “This is why we have this broad education effort, to really try and make quantum computing open and accessible to everyone. The scale of the industry is very small but we are stepping into the right direction in terms of trying to get more people into the field.”

Each of the schools was chosen based on how much the school focused on science, technology, engineering and mathematics (STEM).

“It’s very important at this point to be building community and to be educating everyone so that we have opportunities in the quantum computing field for everyone,” said Asfaw. “While at the same time, we are bringing in diverse perspectives to see where quantum computing applications could emerge.” 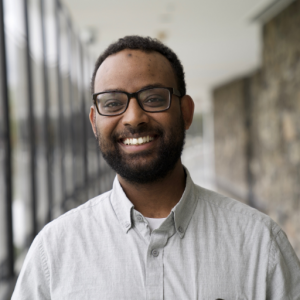 “Teaching quantum computing, at any place, requires bringing together several departments,” he said. “So putting together a quantum curriculum is an exercise in making sure your students are trained in STEM all the way from the beginning to the end with different pieces from the different sciences instead of just one department altogether.”

“We are in this discovery phase now, so really having help from all fields is a really powerful thing,” he added.

IBM also plans to donate $100 million to provide more HBCUs with resources and technology as part of the Skills Academy Academic Initiative in Global University Programs. This includes providing HBCUs with “university guest lectures, curriculum content, digital badges, software and faculty training” by the end of 2020, according to IBM.

“Our entire quantum education effort is centered around making all of our resources open and accessible to everyone,” said Asfaw. “[Our investment] is really an attempt to integrate HBCUs, which also are places of origin for so many successful scientists today, to give them opportunities to join the quantum computing revolution.”

According to IBM, the skills academy is a “comprehensive, integrated program designed to create a foundation of diverse and high demand skill sets that directly correlate to what students will need in the workplace.”

The academy will address topics such as artificial intelligence, cybersecurity, blockchain, design thinking and quantum computing.

This summer, IBM also hosted the 2020 Qiskit Global Summer School, which was designed for people to further explore the quantum computing field. The program involved three hours of lectures as well as hands-on learning opportunities. Many HBCU students were part of the program.

“This shows you that’s one piece of the bigger picture of trying to get the whole world involved in quantum education,” said Asfaw. “That’s the first place where HBCUs were involved and we hope to continue to build on even more initiatives going forward.”

Just the Stats: How Effective Are STEM Pipeline Programs?

Burnim Comes Out of Retirement to Lead UMES on Interim Basis