Understanding the Historical Context of the Black Lives Matter Movement

When the National Association for Black Culture Centers brought Dr. James Stewart to Vanderbilt University in 1999 as a keynote speaker, the focus was on understanding the dangers of focusing on multiculturalism as a framework for achieving equity in higher education. He expressed concern that this approach would deflect attention from the long history of the marginalization of people of African descent. Actually, we were still dealing with critics of Black History Month who reminded us there was no White History Month, ignoring that every month is, in effect, “White History Month.”

Today, the critics of Black Lives Matter are again attempting to shift attention from the systematic oppression experienced by many Blacks by invoking the phrase “All Lives Matter” to reinforce their cultural hegemony. It seems as if those who insisted only White Lives Matter during the long period from Black enslavement to now are attempting to charge Black Lives Matter advocates of practicing a similar brand of racial chauvinism. They seem to be suggesting that Blacks would subscribe to a variant of what Eddie Glaude refers to in Democracy in Black: How Race Still Enslaves the American Soul as a “value gap.” The value gap described by Glaude is “the belief that white people are more valued than others.” 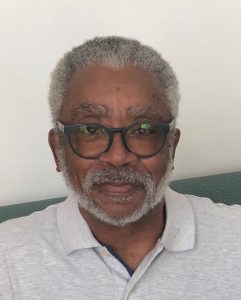 When Black lives were relegated to the status of property, doomed to experience a lifetime of denial of basic human rights or legal recourse to retrieve them, defiled in unimaginable ways, violators created a multitude of justifications to assuage their moral turpitude. So, the first system of slavery based on color branded Africa, source of its unpaid labor and stolen wealth, as a dark continent, a culture cipher, without human achievement. Enslavement was claimed to be a blessing freeing them from a heathen existence. These Black lives mattered only because they provided free labor, paid with the privilege of providing service to their White enslavers whose lives really mattered.

The safety of White lives was guaranteed by massive physical violence and psychological brainwashing of the enslaved. To live in the Big House meant your life mattered, since your Blackness meant you were nobody. Additionally, the devaluation of Black lives gave license to White men to perpetuate systematic sexual assault and rape of Black women, who, as property, had no protection against the vile debauchery. This forced miscegenation introduced a horribly divisive dynamic into Black life. The fewer drops of Blackness you showed, the larger access one often had to mainstream advancement and perceptions of attractiveness. The Black Lives Matter (BLM) Movement is the latest response to the persisting problem identified by James Baldwin, who said White is a metaphor for power, and by Cheryl Harris, who reminded us that Whiteness is a form of property. Yes, being White, historically and now, has increased access to institutional power and, in a supreme paradox, Whiteness as property has contributed to what Aimé Césaire would have called their own “thingification.”

A new multi-racial coalition of activists is confronting the long history of oppression experienced by African Americans. The sense of urgency reflected in the intensity and persistence of current protests is fueled, in part, by 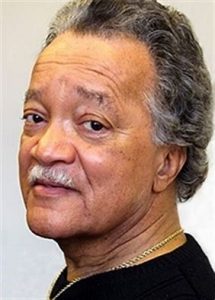 overt efforts to reverse gains made by marginalized groups over the last half decade. Such reactionary actions include racial gerrymandering, spurious claims of voter fraud, reduced enforcement of Civil Rights laws, attacks on public education, gentrification and displacement, etc. Notably, all three branches of the national government are complicit in this attempt to reverse efforts to foster social equity.

Colleges and universities need to prepare for this movement to blossom on campus this fall. Even though online instruction will be the norm, the small number of students in residence may well take up the charge and demand institutional change, joined by online peers engaged via social media. Many colleges and universities have released formal statements in support of the BLM movement. Some went even further and created committees or similar bodies to investigate local racial inequities and propose new policies and programs to redress inequities. However, it is doubtful that activist students will see these efforts as sufficient to meet their expectations of racial equity. These students will be looking both for allies and for safe spaces where they can organize and strategize.

Fortunately, several Africana studies departments and programs have issued statements challenging the adequacy of perfunctory institutional proclamations including demands paralleling those made by students. In the 1970s and 1980s, these academic units were the natural allies of student activists, and close cooperation can again catalyze institutional transformation. In a similar vein, Black culture centers have served as a refuge where constituents could experience cultural renewal enabling them to navigate institutional racism. Black culture centers have also been the primary site for mobilization efforts designed to combat institutional racism and it is imperative that they reprise this traditional role. To the extent that these developments unfold, concerns raised by James Stewart in 1999 will be moot as the persisting anathema of Black oppression will again be front and center in the halls of academe.