HBCUs Have A Champion in President Trump - Higher Education

HBCUs Have A Champion in President Trump

When President Trump says he saved Historically Black Colleges and Universities (HBCUs) he is 100% correct because he did. He could have cut their funding in his budget, signaled to Republicans they were not a priority, vetoed all bills increasing funding, and refused to publicly tout value, but he didn’t. During this year’s observance of HBCU Week, the record shows that there has been no greater champion for HBCUs in the White House than Donald J. Trump.

Donald Trump did not attend an HBCU, no one in his family went to an HBCU, and he was honestly not that familiar with their rich history, legacy, or importance before he became President. However, none of those things has stopped him from becoming a cheerleader for these amazing schools.

I was in the Roosevelt Room outside the Oval Office one month after his inauguration with Black leaders like Secretary Ben Carson, Lynne Patton, Darrell and Belinda Scott, and Ja’Ron Smith when I was able to witness history. That was the day President Trump committed to be a champion for Black schools. The President told Lynne Patton to get information and tweet it out to the American people about HBCUs because he was visibly bothered upon learning that his predecessor, the first Black president, had cut HBCU funding from his first budget, oversaw the horrific parent plus loan debacle that devastated HBCU students, parents, and campuses for years, and at best, had a lukewarm record of support from the HBCU community. Former President Obama never spoke at the annual White House HBCU Week Conference and most certainly did not invite all the HBCU presidents, chancellors, and external leaders to the White House to meet with Vice President Biden or himself.

In stark contrast to the Obama/Biden Administration, President Trump never cut HBCU funding. After a meeting with the Congressional Black Caucus, their leader, Rep. Cedric Richmond said the President told him he was going to make a lot of people upset because he promised the HBCU president and chancellors he would not cut their funding when he was making cuts to everyone one else. It was a promise made and a promise kept. 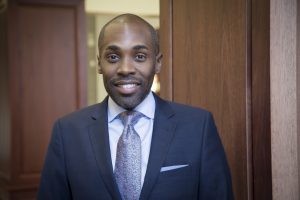 When HBCU leaders were in a serious panic because of an impending end to Title III Part F funding, the Administration went to work with legislators like Senator Tim Scott and Rep. Mark Walker to get the GOP to support something even better. Senator Lamar Alexander ultimately came up with a compromise bill fully supported and pushed by President Trump that not only saved that funding line, but it was the first time HBCUs received $255M in permanent funding through the FUTURE Act. President Trump kept his word.

When HBCUs fought for eight years of the Obama/Biden Administration to have the massive $300 million debt incurred from Hurricane Katrina absolved, nothing happened until the Trump Administration made it happen. The President knows the media and the power of the media and good PR. This is exactly why you have seen enrollment increase at HBCUs. This is why you have seen corporations support HBCUs and HBCU organizations. President Trump literally told the world HBCUs matter.

When it came to positive press and media attention about HBCUs, thank President Trump. Having Talladega College Marching Band perform in the inaugural parade, made headlines.

Being the first sitting President to speak at the HBCU Week Conference, made headlines. Announcing he would end discriminatory restrictions to prevent faith based HBCUs from accessing federal support, made headlines. Providing $960 million in emergency relief for HBCUs during COVID-19 made headlines.

Talking about HBCUs at rallies, in speeches, in meetings, and even historically in Davos, Switzerland, all made headlines and made HBCUs a priority. As a result, more Black Americans took notice, more corporations took notice and that is a good thing and what good leaders like Donald J. Trump do.

Historically, HBCUs have struggled with enrollment, access to federal research grants, corporate support, and sufficient federal and state funding. Had there not been a strong advocate for their survival in the White House from staff, Cabinet Secretaries, supporters, and the President himself, there would have been a series of HBCU closures, massive layoffs, and no means for them to thrive. Thankfully that wasn’t the case because President Trump has consistently prioritized HBCUs.

In a recent article in the Economist, Kentucky State University President, M. Christopher Brown said President Trump has “been beating the drum on HBCUs as a cornerstone of his education platform from month one of his time in office.”  That Presidential drum beat has paid off and made a difference for America’s HBCUs.