Scholars and academicians from across the nation found themselves disappointed, saddened but not surprised by the decision of a Kentucky grand jury not to hold all of the Louisville police officers responsible for the killing of Breonna Taylor. 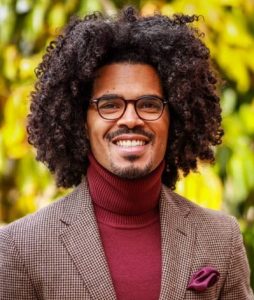 Only one of three police officers involved in the Mar. 13 death of  Taylor – a Black woman who worked as an emergency technician – was indicted, with the fired officer, Brett Hankison, charged with three counts of wanton endangerment in the first degree for shooting into neighboring apartments. His bail was set at $15,000. If convicted, Hankison could serve up to five years in prison.

“I will say that it’s disappointing although not surprising,” said Dr. Charles H.F. Davis III, an assistant professor of higher education at the University of Michigan and an expert on campus protests. “We’ve been here many times before, not just in recent memory but historically, with a system that refuses to hold itself accountable.”

The grand jury refused to indict the two other officers involved in Taylor’s death, arguing that they were justified in firing their weapons into her apartment to protect themselves after they allegedly faced gunfire from Taylor’s boyfriend.

Dr. Ricky L. Jones, chair of the University of Louisville’s Pan-African Studies department lamented the grand jury decision, but like Davis, he was not surprised.

Kimberly J. Robinson, a professor of law at the University of Virginia, said the outcome was “horrific” but it could be a transformative moment for the future of the Black Lives Matter movement.

“I think the risk with the Black Lives Matter movement is that it could dwindle out without requiring the systemic reforms of education and other areas that are needed,” Robinson said. “This moment will be one that people will point to as something that continues to fuel the need to move forward.”

Dr. Keisha N. Blain, an associate professor of history at the University of Pittsburgh, found herself “outraged” by the news. “For decades, the legal system has protected police officers who have killed Black Americans,” Blain wrote in an email. “The list is long, including Michael Stewart, Eleanor Bumpurs, Amadou Diallo, Tamir Rice, Freddie Gray, George Floyd, and so many others. Breonna Taylor’s name unfortunately joins that list.”

Blain said that Taylor’s murder weighs even heavier on her because, “like Aiyana Jones, Atatiana Jefferson, and Botham Jean, it happened at home.”

“Black Americans have long grappled with the danger present in public spaces due to targeted harassment, violence, and the constant reminder that the state does not value Black lives,” she wrote, adding that Taylor’s death at the hands of the police is a crushing reminder that, “even in our homes, we are not safe from police violence.”

Sean O’Brien, professor of law at the University of Missouri-Kansas City, said that his first reaction to the news was sadness and deep frustration.

“Just throughout the justice system, you have to ask the question, ‘Do Black Lives Matter?’” O’Brien asked. “And the answer, increasingly, is apparently not.”