Lilo and Gerard Leeds, two philanthropists who fled Nazi Germany, felt like they had great school options for their kids.

But they also noticed that students from underrepresented backgrounds often didn’t. In 1990, they founded the Institute for Student Achievement (ISA), a nonprofit that partners with underperforming K-12 schools to close achievement gaps. Over the last three decades, what started as an after-school program has blossomed into an organization for school design and reform and has been lauded for its impact.

ISA has now served schools in seven states, including 5,000 educators and 100,000 students, under the auspices of the Educational Testing Service (ETS). And it’s seen impressive results, according to three evaluation studies.

A 2014 report showed Black male students at ISA schools had better attendance, lower dropout rates and higher graduation rates than peers at other schools. Overall, 90% of students in ISA schools persisted to the third semester in college, and after four years of college, 81% graduated or stayed enrolled. 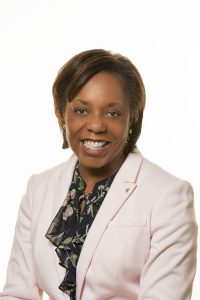 The U.S. Department of Education also recognized the organization’s success. Its What Works Clearinghouse approved ISA’s methods as an official evidence-based Whole School Reform model, which means schools can use School Improvement Grants (SIG) to work with them.

“We wanted our model to be different from what we’ve seen people doing with schools,” said ISA President Dr. Stephanie Wood-Garnett. “We wanted it to be based in research … We wanted high schools to better prepare kids to graduate from college. Not just go for a year or two. Graduate.”

ISA’s model came out of a unique partnership with the National Center for Restructuring Education, Schools, and Teaching (NCREST) at Columbia University’s Teachers College, a continued partner.

Dr. Fenot Aklog, NCREST’s director of research and development, noted the importance of partnerships “bridging the relationship between the academy and practitioners.” She sees this collaboration as an “ongoing, lasting” example of a collaboration that connects educators with the latest education research.

For Wood-Garnett, ISA’s approach is about creating a classroom culture that encourages students to ask questions, and where teachers know how to accommodate the varied needs of students, including those who have fallen multiple grade levels behind.

Coaches teach teachers to “differentiate the instruction” for individual students in the classroom, she said, and they work with them to figure out “how are we going to make sure the instruction is effectively providing learning opportunities to advance and accelerate every kid’s learning?”

Just like students, on principle, the organization also treats schools as individuals. ISA doesn’t come to educators with pre-prepared curriculums or “shrink wrapped, off-the-shelf approaches,” said Wood-Garnett. Too often, when outside organizations work with underperforming schools, teachers and administrators feel judged or hear the message: “Your school is terrible. We’re going to tell you how to fix it.”

Her team members – who predominantly worked in urban schools themselves – collaborate with each institution to set individualized goals and a plan.

Carol Montague-Davis – principal of Carver High School in Winston Salem, N.C. – praised this aspect of the program. Montague-Davis wanted ISA’s help to improve students’ performance in math, language arts and science. And she’s seen noticeable improvement since she started working with the nonprofit five years ago.

“They are not a company that come in and tell you what you should do,” she said. “They’re a company that works side by side with the leadership and develop a plan to help you do what you need to do.” It’s an approach where there’s no “canned plan” and “everybody’s at the table.”

For Naseed Gifted – principal of Shabazz High school in Newark, N.J. – ISA’s consistent guidance is key. They don’t come up with a plan, then disappear. They help to implement it and follow its progress, like his school’s new focus on writing instruction across departments.

It took some time, but “ISA has really forged a partnership where they’re not just providing a service,” he said. “They’re a part of the community.”

Recently, ISA’s work has changed. For one thing, COVID-19 has shifted schools online, disrupting its in-person coaching and pushing it to offer new kinds of supports. ISA staff are helping teachers learn to build relationships with students over virtual platforms and embrace and streamline their online tools.

The organization is also growing, serving a broader range of schools. While ISA has traditionally served low-income urban schools, in the last two years, Wood-Garnett has noticed more and more rural and suburban schools reaching out as their student populations diversify.

The secret to ISA’s success is the reason “why we were founded,” she said. “Our secret is we believe that every student, regardless of zip code or country of origin … that every student deserves a high-quality education that prepares them for postsecondary.”

Panel Explores Equitable Access and Inclusion During a Pandemic