Say Their Names, But Not the N-Word - Higher Education

The current reckoning about anti-Blackness in the United States is exposing the limits of solidarity. Millions of White and non-white people have marched and expressed support for Black Lives by saying the names of men and women brutally killed or shot in police custody. This powerful act of solidarity humanizes these victims while bearing witness to systemic racism. At the same time, faculty in some of our nation’s colleges and universities continue to defend the right to utter the N-word as part of their educational practice. This counterintuitive notion is not just tone-deaf to the national reckoning but harms the institutional culture, devalues the presence of Black faculty, staff and students, and compromises the moral credibility of the professoriate. 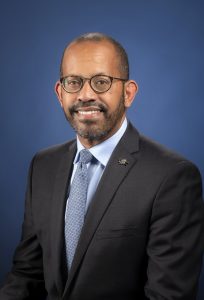 Before and since the death of George Floyd, there have been a growing number of incidents where faculty have read out-loud the N-word from assigned readings or used the word as part of a “thinking out loud” exercise. Fearing retaliation, students—Black and non-Black students alike—often complain to academic administrators instead of directly to their instructor. In turn, faculty invoke their right of academic freedom, that is the authority to independently determine course content and management. This defense often is combined with moral credentialing, that is, describing their support for Civil Rights or recounting personal experiences of bias. The investigation—whether conducted by a dean or forwarded to the university compliance officer—often ends the same way. No faculty member has ever lost their job or had their pay docked or been denied promotion, or even stripped of distinctions for giving voice to a racist epithet in a classroom. I am not suggesting that these outcomes are necessarily desired, but, rather, that the incidents themselves have had and continue to produce harmful effects.

The first harm is to the expectations of the campus culture, usually grounded in aspirational principles of equity, diversity and inclusion. Often student complaints are characterized as well-meaning but ultimately invalidated because they challenge academic freedom. These complaints are in fact about the culture of the institution, not the right of the faculty to mount their courses. There is no validated evidence that uttering the N-word adds pedagogical value or contributes to the quality of undergraduate, graduate or professional education. As Elizabeth Stordeur Pryor has noted, students are not complaining about engaging with the N-word as an idea that is disguised as a word. Unpacking the word provides a powerful vehicle to understand past and present practices that minimize, marginalize and de-value Black people. This learning outcome can be achieved not only through curated readings and moderated discussion, but also by using the term “N-word” instead of openly saying a word that is known to degrade Black people.

The second harm is to Black people. Since the desegregation of higher education in the 1960s, colleges and universities have broadened participation. In spite of these efforts, Black students and faculty remain severely under-represented at institutions where the majority of the faculty are white.  They have been the object of externally organized anti-affirmation action campaigns that discredit their presence at highly selective public and private institutions. For Black people, the impact of hearing the N-word is not diminished because they attend or teach or work at a top-25 school.  If anything, it merely reinforces the fact that there are few sanctuaries from anti-Blackness—even in the academy.

The third harm is to the moral credibility of the faculty. Academic freedom emerged as a concept in the late nineteenth century and became widely recognized as a right by universities and colleges as the twentieth century unfolded. Few will question its benefits. This right has strengthened peer review while protecting faculty from political intrusions or censorship in the classroom and their research. There are trade-offs. In providing collective security for individual faculty, it also has meant that all faculty are implicated in how it is used or abused.

If Black Lives Matter, why is it necessary in the ivory tower to utter the very word that degrades them?

Dr. Douglas M. Haynes teaches history and serves as the Vice Chancellor for Equity, Diversity and Inclusion at University of California, Irvine.