A Question of Identity: Examining Use of the Term ‘Latinx’ - Higher Education

A Question of Identity: Examining Use of the Term ‘Latinx’

In academic and student activist circles, many have adopted the term “Latinx” as a gender-neutral and gender non-binary inclusive replacement for Latino or Latina. The word — which made its debut in Merriam-Webster’s dictionary in 2018 — is increasingly popular among scholars, with universities like Harvard, Yale and others offering Latinx studies programs.

But only 3% of U.S. Hispanics actually use the term, according to a Pew Research Center study in August. And that’s only out of those who had heard the term Latinx used at all. Less than a quarter of people who identified as Hispanic or Latino were familiar with the term. 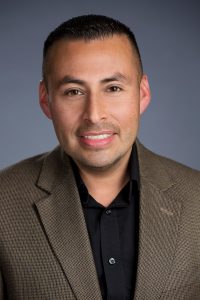 For Latino and Latina scholars, the discrepancy speaks to deeper questions about how their communities are reckoning with their own internal diversity in the United States.

Dr. Luis Urrieta Jr. is used to hearing the word Latinx. He’s the Suzanne B. & John L. Adams Professor of Education and associate chair of curriculum and instruction at the University of Texas at Austin. In fact, he recently re-titled a course “Critical Issues in U.S. Latinx Education.”

He thinks the non-gendered term isn’t widely used across the country in part because it “creates discomfort.”

For one thing, it’s a form of “translanguaging.” It “breaks the rules” of both English and Spanish and encompasses elements of both, he says. But the term also acknowledges and makes a point to emphasize the Hispanic LGBTQ community, intersectional identities that have been historically marginalized.

Latinx “incorporates this more expansive view of gender and more inclusive form of sexual identification that some decades ago was taboo to even talk about,” he says. “It’s challenging. It disrupts. It’s a crossroads, a nebulous space. And I think part of the challenge for the community is kind of dealing with its own self. It’s pushing the community to really in some ways ask, who are we? Who’s included?”

While Urrieta embraces the term, he also feels a tension toward it. On one hand, using an identifier that communities aren’t widely using themselves risks misrepresenting what terms the broader community prefers. On the other hand, the term serves a goal — broader inclusion — and that’s “not a bad purpose.”

“The use of terms like this in the academy in some ways has a purpose of centering certain worldviews, epistemologies,” he says. “It’s not benign … [But] knowledge production is political. Teaching is inherently a political act.”

For Dr. Nelson Flores, the question isn’t how many people are using the term Latinx, but who’s using it. He’s an associate professor of educational linguistics at the University of Pennsylvania’s Graduate School of Education.

Shifts in language often start with a small group of marginalized people, Flores says, and those shifts happen for a reason — because people are trying to express something about their values and who they are.

Use of the term ‘Latinx’

According to the Pew study, young Hispanic women, ages 18 to 29, were the most likely to use the word. About 14% of them used the term, compared to 1% of men the same age. Though, in general, younger people were more familiar with it. About 42% of them had heard of Latinx versus 7% of Hispanics ages 65 and older.

The study found a correlation with college education, as well. About 38% of Hispanic college graduates and 31% of those with some higher education experience had heard the term, compared to 14% who hadn’t been to college.

The word was also more commonly known among people born in the U.S. About 32% of Hispanics born in the country recognized the term versus 16%. Meanwhile, 29% of Democrats had heard the word compared to 16% of Republicans. 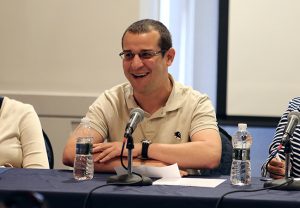 “I think the advantages of using a term like Latinx is that it indexes a particular political identity as someone who’s aware of particular struggles and is working to position themselves in solidarity with those struggles,” he added. “… People who don’t fit into mainstream discussions are constantly trying to innovate language to more accurately reflect who they understand themselves to be, and I see this as one example of that.”

There’s no way of knowing whether Latinx will “stick” as an identity a decade from now, but for Flores, that’s not what this is about. He sees educational value in giving students the freedom to experiment with the language they use to describe themselves.

“It’s a natural part of generational shift,” he says. “We were doing the same things when we were their age. We were trying to struggle with new ways of thinking about things and new ways of describing things. And I’m sure the next generation will do that too. Terms become stiff after a while. They lose their political meanings and people want new ones because people want to think about new political identities.”

Latinx is already one in a long line of terms. The word “Hispanic” appeared on the U.S. Census in 1980. But it faced growing resistance in the decade after because it links a diverse swath of people — including those native to Latin American countries — to Spain, which colonized Latin America. By 1997, the U.S. Office of Management and Budget added the term Latino to government documents, and in 2000, Latino showed up on the U.S. Census. Meanwhile, the word Chicano or Chicana became a popular identifier for Mexican-American student activists during the 1960s. Some now prefer the term Chicanx.

Deciding what word to embrace has always been meaning-laden and fraught for these communities.

“For some of us that are of indigenous descent or who identify strongly with our indigenous descent, Hispanic is just a very problematic term,” Urrieta says. Plus, pan-ethnic identities like Hispanic — or even Latinx — gloss over “some of that intergroup oppression, some of that intergroup conflict and difficulties that sometimes exist — such as colorism, ideals of beauty, ongoing intergroup racism, legacies of the caste system against indigenous people [and] Afro descendants — in our broadly defined Latinx community.”

But from Urietta’s perspective, having a dialogue about how to identify — about what it means to use a term like Latinx — is one way for the community to acknowledge and wrestle with its pluralism: its diverse ethnic identities, sexual orientations, gender expressions, political views and intergenerational divides.

“Nobody is going to ever be fully satisfied with any one term,” Urrieta says. “I don’t think the community will ever come to a full consensus. But at that juncture of reckoning, part of the question is … are we a community? When we are all put together under this label, what does that mean in terms of state regulation of demographic groups, but also … do we see ourselves as a community?”

This article originally appeared in the October 1, 2020 edition of Diverse. You can find it here.