Education Trust-West released a new policy brief highlighting the impact of Proposition 209, a 25-year-old ban on affirmative action in California. 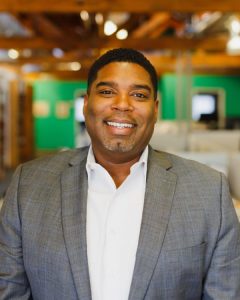 “There’s a lot of implications of potentially restoring affirmative action that have nothing to do with admissions but have to do with retention, campus climate and recruiting and retaining faculty,” said Dr. Christopher Nellum, deputy director of research and policy at Education Trust—West. “We wanted to try to shed some light on some research that provides additional evidence for folks to broaden the conversation.”

According to the brief, Prop. 209 “bans the practice of affirmative action which are antiracist attempts to remedy historic racial injustices via policy and practice.”

The fear of being in violation or having affirmative action practices “is greater than the actual language or mandates included in the law,” said Dr. Eric R. Felix, an assistant professor of community college leadership in the Department of Administration, Rehabilitation and Postsecondary Education at San Diego State University. “Educators sometimes, including myself before I did this research, are unaware of what 209 really did and also what it doesn’t do.”

Under Prop. 209, the Student Equity Policy, which required community colleges to address barriers faced by students of color, shifted its language. Rather than being racially conscious, the focus now is “providing an educationally equitable environment, regardless of ethnic origin or race for all students,” according to the brief.

It also created a “chilling effect,” meaning, efforts to support African American, Latinx students and other students of color specifically weren’t seen as legal. Instead, the narrative became “low-income, disabled, and first-generation” students, the brief found.

Experts said it also deterred discussions on campus about race and racism.

“Because there is this group of folks going around the country suing universities, I think there’s this fear of litigation, even when the thing you are doing is probably totally fine,” said Nellum. “But folks just don’t want to get sued. No one wants to get caught in a lawsuit. It costs universities lots of money, it costs taxpayers money.”

However, in November, Proposition 16 will be placed on the California election ballot. This piece of legislation will “restore the ability for California Community Colleges to use race- and gender-conscious strategies such as targeted recruitment and retention efforts to build upon and improve campus diversity to ensure equal opportunity for all,” according to the research, which stressed the need for community members to educate themselves on the benefits and new language of Prop. 16. 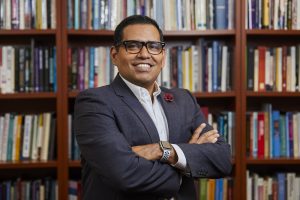 For policymakers and postsecondary institutions, the brief recommended they look into race-conscious policies to address existing racial inequalities.

“[The legislation] is not requiring leaders or institutions to switch everything and now become totally race focused,” said Felix. “But it gives the opportunity for those who know that their campus or their efforts have kind of been neutralized because they can’t explicitly talk about, discuss or take actions based on race.”

If the legislation passes and affirmative action is restored in California, Nellum recommended institutions shift toward intentional recruiting in a race-conscious way. That might include going to high schools or districts with a high population of students of color.

Additionally, he said institutions should consider offering race-specific scholarships, as well as develop more targeted ways to recruit faculty of color. Outside of legislation, he suggested institutions focus on holding race and racism discussions in the context of programs and services. Nellum also suggested schools use aggregated data to focus on graduation rates rather than overall averages.

To create a more equitable learning environment, institutions should also take inventory of existing policies, practices and programs and look at how those serve and affect their current student populations, said Felix.

“Institutions have drastically changed since the 70s, 80s, 90s and continue to change with different populations and it’s important for institutions and leaders to always reflect on preexisting policies, practices and programs,” he added. “And that they are effectively working to support whether its racial minoritized students, veteran students and those with experiences in foster care. That doesn’t require a law to be put in place or be repealed. It just requires some intentionality and introspection into organizational practices and how effective they are for students.”