A white University of New Hampshire chemistry professor is accused of posing as an immigrant woman of color on Twitter to make racist and sexist comments and attack users who supported progressive causes, the Associated Press reported. 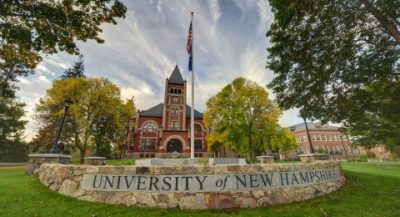 The school has not named the professor but said the institution was being investigated over the allegations. The person “is on leave and not in the classroom,” according to a UNH spokesperson.

“We are deeply troubled by what we’ve learned so far and immediately launched an investigation,” UNH spokeswoman Erika Mantz said.

Several people who saw the account said it “routinely posted racist, sexist and transphobic comments and images over the past year.”

The Twitter account holder – referred to by AP with he/him/his pronouns – described “how they had fought efforts from their unnamed department to speak out on racial injustice following the death of George Floyd.” He also used his fake background to oppose supporters of more diversity in STEM fields.

According to the AP, some people have called for his removal. Others suggested the professor “be put on extended leave and be required to take extensive racial sensitivity training.”

At war, home and abroad – African Americans during the Second World War

Letting Go and Moving Forward in 2017