The Hobson College will be the first residential college at Princeton named for a Black woman and will be constructed on the site of First College, formerly known as Wilson College. 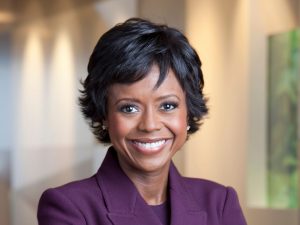 “This extraordinary gift will be transformative for Princeton,” said Princeton’s president Dr. Christopher L. Eisgruber, who began discussing the gift with Hobson last year. “It will enable us to improve the student experience at Princeton and to reimagine a central part of our campus, while also recognizing a remarkable woman who is a positive, powerful force for change in the world.”

Back in June, the Board of Trustees voted to remove Woodrow Wilson’s name from the School of Public and International Affairs and Wilson College.  There are currently two new under-construction colleges: Perelman College and a second undergraduate residential college. Hobson College will be the third new residential college and is tentatively scheduled to open in the fall of 2026.