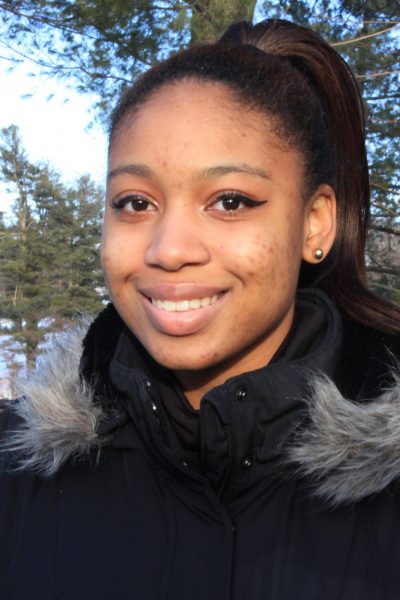 It is said that love can cure the evilest of diseases. However, love is something that is tested each and every day we are on this earth. It has been since the clock started ticking and the first heart started beating.

We have been through a lot since the clock struck twelve on January 1, 2020: from a virus that has awakened and plagued our world with death, hardship, and worry to an internal disease we call racism. The moment COVID-19 was announced as a National emergency, time stood still, fear became an enemy. Racism has plagued our country since the slaughtering of billions of Native Americans; since the first set of Africans were ripped away from their homes and families to be enslaved and tortured to forget who they are. It’s an evil that has evolved through the years. It is seen through the eyes of its victims as fear strikes their hearts or they are wiped away from existence.

We know something is dead when we no longer hear its rhythmic heartbeat, but the heartbeat of racism continues to grow strong, plaguing the hearts of millions.

In the midst of this crisis, I read James Baldwin, Ta-Nehisi Coates and Toni Morrison, and reflected on love and fear. I found that love is something we as humans look for all throughout our lives; from our parents, friends, and possible partners. Love can be a beautiful thing, however it can also be dangerous, especially if fear is added to the equation. Sometimes there are cases where love is like a drug, and too much of it can drive people to do treacherous things in the name of it. You see love is a drug that makes us feel good and when someone threatens this feeling, that is when love becomes something dangerous. When you’re in love you are willing to do anything without thinking about the consequences. We tend to think that love is a cure for a lot of internal corruptions in our society, however there is more to love than just feeling; love comes with the price of being able to sacrifice, being patient, and most importantly being able to forgive. Inspiring writers like Baldwin, Coates, and Morrison teach that saying to love someone is easy, but it is through action that people actually see love for what it is.

Most people assume that the cure to racism is love. As a Black woman, I personally believe that love is part of the equation, but there has to be another answer because if love was the cure we wouldn’t be in this current state of turmoil. In The Fire Next Time Baldwin says, “Love takes off the masks that we fear we cannot live without and know we cannot live within. I use the word ‘love’ here not merely in the personal sense but as a state of being, or a state of grace–not in the infantile American sense of being made happy but in the tough and universal sense of quest and daring and growth” (95). In love there is growth, but love is not the overall solution; especially when fear holds a strong presence, making it difficult for our nation to move forward.

Fear is the barrier between the world and me. White people have their own stereotypical views of Black people and Black people are trying to dodge the bullets these stereotypes cause. I believe fear is equivalent to hate in the sense that we tend to hate what we don’t understand. Children are raised with the beliefs of their parents, whether it’s religion, diet, or fears. The baton of racism has been passed down, making this disease more difficult to cure. Fear seems to darken both sides of this great divide in America; it seems both White and Black people fear each other. White people fear the stereotypes that have circulated the nation for generations, while Black people try to change who they are to make themselves more appealing to White people. We change our hair or the way we speak out of fear of losing our “body” as Ta-Nehisi Coates talks about in Between the World and Me. Baldwin also touches upon this fear: “He reacts to the fear in his parents’ voices because his parents hold up the world for him and he has no protection without them” (27). We make sure we keep our hoods down, and keep our hands out of our pockets so we don’t look “suspicious.”

Reading The Fire Next Time, Between the World and Me, and Beloved, there is the lesson that we learn to fear from those who love us and fear for us. Coates brings up that our parents fear for our “bodies” so much that they discipline us with beating and harsher punishments: “Either I beat him, or the police can” (16). Most parents can push away the unimaginable when it comes to their children, but a Black mother’s scream echoes within the hospital when she finds out her son isn’t coming home because the people we are supposed to trust for protection are the ones gunning us down. Baldwin says, “The most dangerous creation of any society is the man who has nothing to lose” The fear of knowing this makes it next to impossible to push away the unimaginable, especially when someone’s child is on the news every other day, no longer able to say “I love you mama.” Toni Morrison tells the story of Sethe who sacrifices her children for their greater good, just so they don’t have to live the life she lived as a slave. The fear she has for her children makes her come to the decision that they would be better off dead than living in the hell of slavery. The fear Black people hold for their children has been passed down from generation to generation. Fear isn’t anything new for Black families as it is something that we are born into; our parents fear for us until we are old enough to fear for ourselves.

It is through the eyes of strong inspiring writers like Baldwin, Morrison, and Coates that we see what it means to have to act out of love and fear. They shed light on the disease America has put a mask on. I hope to be a part of history, unmasking the wrong and showing people the way to the right. If we can break the wall of fear we have built that adds to the disease of racism, there is the possibility that we can cure it, however that is not likely to happen anytime soon. It is sadly the intergenerational fears that have circulated for years that will keep us from curing racism. There is a blindness caused by not only fear, but fear that has turned into hate. It keeps us from moving forward. People will be forced to deal with the guilt their fear has caused them, but that should be okay. People have the rest of their lives to make up for the pain they have caused others by simply not passing it on.

We have to keep pushing and fighting for change because “curing” racism and COVID demands that we learn to love and fear in the right way. This means looking out for each other. It means knowing that people’s lives are in our hands when it comes to COVID-19. Of course we are looking for a vaccine to undo what COVID has done, and we will one day soon find that vaccine, but we must also be mindful of those around us and protect those who are most vulnerable by wearing masks and not partying. White America must also be mindful of Black people who are vulnerable to police brutality. Of course we need better policies, which we have been seeing from our state governors as they change the names of mascots and streets, but White people must also monitor themselves for microaggressions. When you see a Black man running through your neighborhood and feel the need to call the police, ask yourself why?

We have to stop thinking of our wants in this Pandemic. We are all hoping to retrieve the normal COVID-19 stolen from us. It is through patience that we will be able to overcome COVID together. We also have to teach the rising generations that it is okay to be different; it is okay to be who you are because who you are is beautiful, no matter the color of your skin, the way you dress, or who you choose to love. We need to use the past as a cautionary tale and stop letting it dictate who we are now. We need to break this chain of teaching our children to fear the people they don’t understand. That is the only way to cure the disease of racism. The future is what we make it and we can make the future change, but we all must do our part.

Simone Henderson is a first-year student at Roger Williams University majoring in journalism. She is an alumna of the Teagle Humanities Fellowship program and the Yale University Citizens Thinkers Writers program.

Considering the Impact of COVID-19 on Teacher Education: What Really Matters