The University of Dayton recently uncovered and published a historic 1930 letter from the university’s president that was written to noted civil rights leader, scholar and author Dr. W.E.B. Du Bois. In it lies language and messaging that reflects systemic racism at the institution through past discriminatory admissions policies and practices, according to university officials. 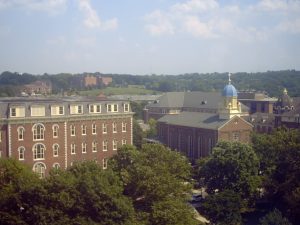 For example, the letter revealed that the university’s first African American graduate who attended regular classes in the early 1920s was an exception to the rule. In reality, many African American students were denied equal opportunity somewhere between the 1920s and 1930s because of their race.

“This demonstrates that the University allowed Jim Crow segregation to extend to campus, and is concrete evidence of the kinds of systemic racism that denied opportunity to generations of people because of the color of their skin,” wrote president Dr. Eric F. Spina and vice president for Mission and Rector Father James Fitz, in a letter to campus. “The University was wrong to engage in this practice. We express our deep remorse and apologize as president and rector on behalf of the University.”

Getting Published While Black

Sister Power: How Phenomenal Black Women Are Rising to the Top. – book reviews