While the number of new hires has decreased in the COVID-19 era, the vision of more diverse and inclusive faculty remains decisive.

It goes without saying that COVID-19 has impacted all areas of higher education, but those involved in the recruitment and retention of diverse faculty remain committed and are finding creative ways to achieve their objective. 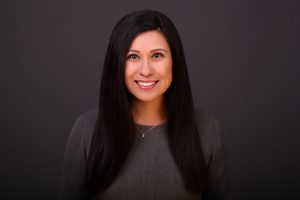 “The current crisis requires us to be nimble and flexible to pull these initiatives off,” says Dr. Zulema Valdez, associate vice provost for the faculty and professor of sociology at University of California, Merced (UCM). “We have had to accept the challenge and recognize that we might have to temper our expectations a bit, but it doesn’t mean we can’t provide a valuable resource and foster a sense of community, albeit one that exists almost entirely online for the foreseeable future.”

UCM benefits from efforts created for the University of California (UC) system as a whole. Upon recognizing that its institutions needed to do a better job of recruiting and retaining diverse faculty, the UC Office of the President provided funds to support equity, diversity and inclusive hiring initiatives. Among these is having a faculty equity advisor (FEA) program on most campuses.

“The FEA program at UC Merced identifies at least one FEA per school — engineering, natural sciences and social sciences, humanities and arts — who is charged with overseeing issues related to diversity, equity and inclusion (DEI) throughout the faculty search process for every authorized faculty search on campus, starting with job ad language,” says Valdez.

“One positive effect of the current crisis is … this actually provides an opportunity for search committees to interview more than the typical three or four candidates because travel expenses are not an issue,” Valdez says. “The ability to interview five or six candidates increases the odds that the short list of candidates can reflect greater diversity.”

When Dr. Melissa Gilliam became vice provost at the University of Chicago in 2016, within her first year a number of faculty diversity programs were put in place, including an institution-wide approach to diversity and inclusion. 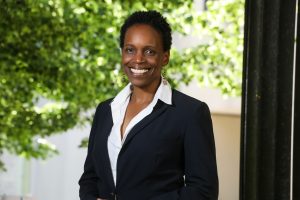 “I run an early-career faculty recruitment program. While not a diversity program, it has helped us recruit highly-sought-after scholars, including those who are underrepresented in the academy,” says Gilliam, who is a medical doctor and the Ellen H. Block Professor of Health Justice and a faculty member in the departments of obstetrics and gynecology and pediatrics.

“It is a program where we give early-career faculty a named professorship at the beginning of their career. It’s a huge accolade,” she adds. “It gives them extra resources plus it gives them access to central administration and understanding [of] how the university works. It’s a recruitment tool as well as a way of ensuring the scholars have a supportive, scholarly, inter-disciplinary cohort.”

Gilliam says all of the programs she took part in developing are ongoing. There is not a hiring freeze at Chicago, but there is a “chill.”

“We want to continue to be strategic in our hires, but we’ve asked the deans to make decisions,” she says.

The university is a member of the National Center for Faculty Development and Diversity, which facilitates outreach and provides professional development, most notably for tenure-track faculty. Also, Mobley and a faculty diversity officer attended the annual Institute for Teaching and Mentoring conference in Atlanta, where they could recruit faculty.

“In cooperation with the deans, searches could not go forward until the pool was diversified,” Mobley says. 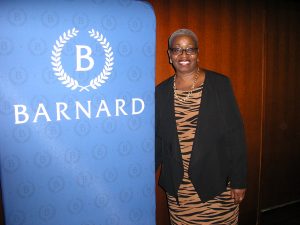 Every search committee was trained by Mobley’s office with regards to how to interrupt bias in the search process. She describes the training as part compliance and part learning how to attract diverse candidates to CWRU. Once committees reached a short-list, they gave that list to Mobley and she would meet with the candidates. All newly hired faculty participated in diversity training.

Robert L. Solomon, CWRU’s current vice president for the office for inclusion, diversity and equal opportunity, says everything Mobley put in place still exists, although COVID-19 has disrupted some of the momentum. Budgetary constraints have reined in the number of searches, meaning some departments are not hiring at this time. Others are able to hire to address the pressing issues of the day.

“We have a medical school, a dental school and a nursing school. We have health scientists that are all interested in COVID and all able to contribute,” says Mobley. “There is a special effort to support those disciplines that help us as a campus address not only COVID, but also racial justice.”

One of the most notable programs Gilliam instituted at UC is a post-doctorate to faculty program. “You come in as a post-doc and … you already have a tenure-track position,” says Gilliam. This is ongoing and the next round of opportunities to recruit through this program has recently been announced.

“We still have our institutional priorities,” says Gilliam. “We can’t change just because things have gotten really difficult. We may not be able to do it at the same pace, but we will do it.

“We actually think this might be a particularly good time. If other programs are not hiring, maybe by not completely shutting down we’ll recruit top scholars in whatever field our goal is to recruit.”

UC has the system-wide President’s Postdoctoral Fellowship Program (PPFP), a “grow our own” program. The Faculty Hiring Incentive Program provides institutions $85,000 per year for five years to campuses that hire current or former president’s fellows into tenure-track positions.

The provost at UCM has said hiring will be limited, but departments are still encouraged to recruit from the PPFP. Departments are eagerly anticipating the slate of candidates.

CWRU has a partnership with Fisk University in Nashville, an historically Black university. Faculty can coordinate curriculum and faculty development initiatives and participate in a faculty exchange for the purposes of research, guest lectures and seminars. The Fisk to CWRU Legacy Project is designed to recruit Fisk graduates to CWRU for research and post-baccalaureate studies.

“Encouraging people to do graduate studies with us is one of the ways we’re attempting to grow Ph.D.s,” says Mobley. “It’s a preparing future faculty initiative.”

“When you earn a Ph.D., when they put that hood on you, they say, ‘Welcome to the community of scholars,’” says Mobley. “You also sometimes need that racial, gender and cultural specificity.”

There are also focused mentoring programs throughout UCM that pair small groups of early career faculty with a tenured professor mentor. One funded by the Andrew W. Mellon Foundation focuses on faculty in humanities and humanistic social sciences, and another funded by the University of California Office of the President is aimed at faculty in STEM.

Since the impact of COVID-19, Valdez says her office works closely with deans and department chairs when retention issues arise. They’ve also tried to be creative in the virtual space, hosting informal events that promote a sense of community, such as optional happy hours for women of color, during which faculty can discuss the challenges they’re facing. There are also “coffee check-ins” for early career faculty.

The provost’s office at the University of Chicago has rolled out a program on inclusive pedagogy. A multimedia site has been launched with videos and other resources. There are workshops on teaching in the virtual space. Collaborations with other institutions are also being forged, so faculty can brainstorm with faculty in their discipline at other institutions.

A series of networks that Gilliam describes as “social networks,” which have been adapted to virtual space, exist as a way for faculty across campus to come together and feel welcome and included.

“This is really about the climate and ensuring everybody is productive and has the resources they need,” says Gilliam. “We’ve also been saying this is a very hard time to be a leader, so we’re launching the Inclusive Leadership Series about how you lead at a time like this. People are in crisis. Institutions are dealing with all of the uncertainty of the pandemic. How do you lead authentically and do the work around diversity and inclusion?

“[The pandemic] has created a level of collaboration and we’ve been working on how we use this collaboration to continue these really important efforts around creating a more inclusive campus,” she continues. “It’s not all perfect. There’s a lot of frustration…but I think one of the outcomes will be the ability to work more collaboratively around this issue.”

This article originally appeared in the October 15, 2020 edition of Diverse. You can find it here.

Aiming for More Than Tolerance at a Private Pennsylvania College