Between Oct. 17 and Oct. 23, Duke University reported 21 new positive coronavirus test results out of 15,378 total tests, according to data from the University’s COVID-19 testing tracker. 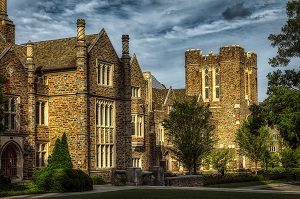 Out of 1,816 people total, four tests came back positive from faculty and staff — which were contact traced.

Both the total number of new student cases reported this week and last week are the same.

About 5% of the more than 300 quarantine and isolation beds available for students in Duke housing are full, according to a news release.

Since Aug. 2, the university has conducted various types of testing for students, faculty, and staff, including entry testing of every returning student, testing based on contact tracing, and pooled surveillance testing of asymptomatic people.

Enrollment is Down at Tennessee Community Colleges, Especially Among Black Students