A University of Maine student, Alyssa Dau, 19, is facing criminal charges for allegedly voting with an absentee ballot in the name of a former roommate, officials said Tuesday, as reported by The Associated Press. 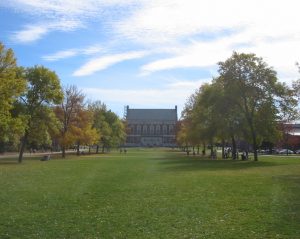 Local election officials noticed the potential violation before the ballot was processed and alerted the secretary of state’s office, which then relayed the information to state prosecutors.

“It is a serious crime in Maine to cast or attempt to cast an illegal vote, either absentee or in person. My office will vigorously investigate and prosecute any allegations of election fraud,” said Attorney General Aaron Frey.

Marc Malon, a spokesperson for the attorney general, said the reason behind the crime appears to be more personal between the former roommates “rather than an effort to influence the outcome of the election.”

Dau voted in the name of another and forged the signature on an absentee ballot return envelope, according to the criminal complaint — which are both punishable by up to five years in jail and a $5,000 fine.

“My office uses technology, including the Central Voter Registration system, and a network of municipal election officials to prevent fraud and detect it at an early stage to avoid any adverse consequences. Those mechanisms worked extremely well in this instance,” he said.

By Monday, nearly 370,000 Mainers already had already casted their votes by absentee ballot, by mail or in person.