Meet the First Black Woman to Receive a Ph.D. in Neuroscience from the University of Rochester - Higher Education

Meet the First Black Woman to Receive a Ph.D. in Neuroscience from the University of Rochester

Coming from an all-girls school in Jamaica to a public school in the United States, Dr. Monique Mendes had to adjust to her classes and American culture.

Despite all the changes, her interest in science never faded. She was always drawn to answering questions through the scientific process.

Mendes decided to pursue a biology degree at the University of Florida. However, while there, she found her passion for neuroscience while working in a lab. 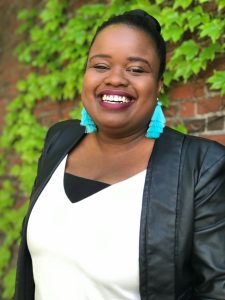 “[The lab] is where I had real hands on experiences working on a project from the beginning all the way to the end,” says Mendes who earned a Ph.D. from the University of Rochester Medical Center’s (URMC) Del Monte Institute for Neuroscience. “I had to do all the experiments and I helped with writing the paper. That was where I realized that it was really exciting to be a part of science.”

Her desire to pursue a Ph.D. came after she joined the McNair Scholars Program at the University of Florida. The program aims to support undergraduate students from underrepresented and low-income backgrounds. It offers mentorship, financial assistance and other resources to help students prepare for a doctoral degree.

As both a first-generation undergraduate and doctoral student, she relied on mentorship from faculty members.

“I definitely had no idea what was going on in the beginning,” she says. “I was fortunate to have a number of mentors throughout my career that really put my success as a priority. Throughout the years, I gained the experience and the resources I needed to succeed.”

At the end of July, Mendes defended her dissertation, “The Kinetics of Microglial Ontogeny and Maturation in the Adult Brain.”

“[The focus] was really to understand how cells renew, how they mature and to do a real time analysis of their dynamic in the brain,” she adds.

Upon graduating, Mendes was “surprised” to learn that she became the first Black woman in URMC’s history to receive a Ph.D. in neuroscience.

“I felt really incredibly empowered because I felt like I was setting the stage for more Black women to come to Rochester,” she says, “where they can feel like this is something they can do and something they can be successful at. Hopefully, I showed other women that this was possible.”

Due to low representation of Black women within the field, Mendes felt that she never had another student or faculty member look like her in the classroom.

However, after initiatives such as the BlackInNeuro campaign launched on Twitter, she was able to meet more Black females in the field.

“I think in the next couple of years, we are going to have a number of Black women in neuroscience, which is going to be fantastic,” says Mendes.

To recruit more Black women into the neuroscience field, she recommends that schools or companies create more opportunities for them.

“I would say create an environment that is not only diverse but inclusive and also paying attention to the cultures so that Black women can feel that this is a place for them,” says Mendes. “There is a seat at the table. I just think that’s probably the most important thing.”

Her accolades include being appointed as a fellow of the Neuroscience Scholars Program by the Society for Neuroscience and receiving the Edward Peck Curtis Award for Excellence in Teaching by a Graduate Student.

She recently began her post-doctoral fellowship at Stanford University in the lab of researcher Dr. Mark Schnitzer. There, she will focus on how glia cells impact memory and learning.

Mendes plans to transition to a faculty position at a research-intensive institution as well as become an advocate and mentor for students.

Outside of the science field, she plays violin and plans to join a community orchestra. Mendes’ musical interest stemmed from her time in Jamaica — she began playing violin at the Immaculate Conception High School in Jamaica. Since then, she has played at weddings as well as for the Florida Youth Orchestra, the Brighton Symphony Orchestra and the Rochester Philharmonic Orchestra here in the United States.

“It is a sense of community,” says Mendes. “It is nice to have something outside of science to relax. Surprisingly, orchestra is relaxing for me. People would think otherwise. But it feels good to have like a cohort of people that you can talk about something that you are all passionate about. I have had a lot of fun over the years.”

Dozens of anti-Semitic Flyers Found at University of Rochester