Advice for New Ph.D.s in Job Market: Be Open to Opportunities Outside Traditional Academia - Higher Education

Advice for New Ph.D.s in Job Market: Be Open to Opportunities Outside Traditional Academia

Dr. Jamaal Green is beginning a post-doctoral fellowship at the University of Pennsylvania’s Weitzman School of Design. He completed his Ph.D. in spring 2019 at Portland State University and held a one-year position as a researcher with the State of Oregon Department of Human Services before accepting the post-doc fellowship at Penn.

He advises new scholars seeking tenure-track appointments in the academy to “keep your options open, know that research is a skill, to think about the sets of skills they are building and to be public-facing and outward-facing” by taking advantage of opportunities to present and discuss their research and to be available for work in the public or private sector related to their academic pursuits. 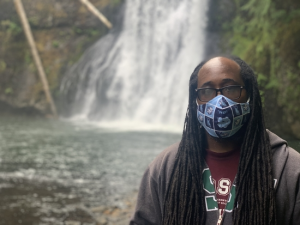 “We all have to hustle, right?” Green remarked. “And I think the question is what kind of a hustle can you have that allows you to be flexible” while seeking positions in academia?

His work with the Oregon Department of Human Services included developing a spatial risk analysis for child abuse and maltreatment and analyzing the location choices of marijuana dispensaries in Washington and Oregon in order to determine whether certain vulnerable populations were disproportionately exposed. Green says he was invited to apply for the position after delivering a speech related to his research. He agreed to a one-year contract that permitted him to apply for post-doc appointments.

Meanwhile, Dr. L. Lamar Wilson is embarking on his first year as an assistant professor in the English department at Florida State University (FSU) in what is a homecoming of sorts for the Florida native and Florida A&M University graduate.

Wilson received his doctorate from the University of North Carolina at Chapel Hill in 2018. His goal of returning to roots and family in northern Florida was attained when he learned of an opening for a creative writing professor at FSU. He was hired during the height of the COVID-19 crisis last spring.

Like Green, Wilson has experience inside and outside academia and believes in having career flexibility. In addition to his extensive CV of scholarship, teaching, poetry and documentary filmmaking, Wilson has worked as a professional journalist for publications including The New York Times and The Washington Post.

He advises new Ph.D.s to “be very clear about who you are and what you do well and be able to articulate what makes you stand out from the hundreds of applications that they’re getting. Tell the truth with as much specificity and clarity as possible.”

Wilson and Green are among the fortunate scholars who landed the positions of their choice at a time when many others are uncertain of their job prospects.

Leaders of higher education associations say that though it’s a difficult period for new scholars, it also can be a time for enhancing skills and advancing research techniques. 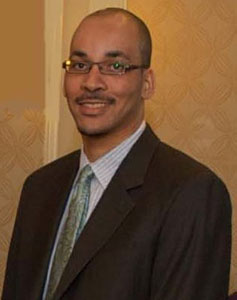 Dr. George L. Wimberly, director of professional development and diversity officer at the American Educational Research Association (AERA), says there has been a sharp increase in demand in recent months for the organization’s courses and programs.

“We’ve ramped up our professional development training to shift to some things that had been normally in an in-person format to a virtual format,” Wimberly tells Diverse, adding that during the summer, AERA offered a wide range of  courses “that have dealt with issues around  quantitative  and qualitative research methods, statistical techniques and use of large-scale federal data sets,” as well as other research-related courses that he says will be available on demand through the AERA’s research learning center.

According to Wimberly, the interest has been “resounding.” As an example, he pointed out that some sessions that previously attracted between 50 to 100 participants at conferences and in-person settings are now attracting more than 800 people virtually. He also said the international participation has been notable.

“We’ve been able to reach people from around the world,” Wimberly says. “We had people from 44 different countries for one course, Introduction to Systematic Review and Meta-Analysis.”

In September, the research journal Nature published results of an international survey of postdocs which presented “a gloomy picture of job-loss fears, interrupted research and anxiety about the future.”

Based on responses from 7,670 postdocs working in academia, the report revealed that nearly two-thirds of respondents had concerns that the pandemic would negatively affect their career prospects. Most did not believe the pandemic had already caused them to lose a job offer, but 13% believed it had and another 21% weren’t sure.

Sixty percent of the respondents are currently working abroad, according to the report, making their situations more complicated.

“On top of everything else, many worry about the pandemic’s effect on their visas and their ability to stay in their new country.” The Nature article quoted a biochemist from India currently working in the United States who wrote, “I’m on a visa that will expire in January 2021. Because of the COVID lockdown, I lost three months of my work. So, I might have to leave the lab and the country without being able to publish some of my findings.”

The Association of American Colleges & Universities (AAC&U) is offering a series of free webinars related to the pandemic and diversity, titled “Quality, Equity, and Inclusion during the COVID Crisis.” 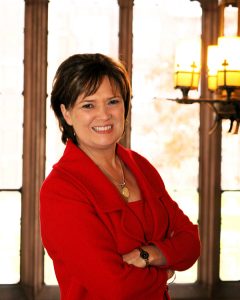 “We’re seeing many furloughs around the country,” she says. “We’ve got this two-fold challenge of lack of a pipeline because positions are frozen and this moment of racial reckoning where we’re seeing the need for more diverse faculty, students and staff.” Pasquerella adds that “plans for diversity and inclusion have been put on hold,” especially in state systems.

Pasquerella also notes recent reports that dozens of institutions are suspending admissions to some Ph.D. programs due to the pandemic.

According to a recent article in Forbes, “An increasing number of humanities and social science departments in the nation’s research universities are suspending the admission of new doctoral students for the fall of 2021. It’s the latest example of the rippling effects of the coronavirus pandemic as universities struggle to cope with enormous budget shortfalls, an uncertain economic future, and questions about how scholarship itself may be changed.”

Pasquerella echoes the suggestions of Wilson and Green in her advice to Ph.D. job-seekers.

“It leaves them in a position where they have to use the skills they have been given in their Ph.D. programs — they’re critical thinkers, they can write with precision, coherence and clarity, they can speak across differences and communicate effectively — they can use those skills in order to get other work and then leverage that experience when they are trying to re-enter the academy,”  Pasquerella explains, adding, “That’s the best approach — to look at the richness of experience that comes from this off-ramp and to use it to build an on-ramp.”