With over 66 million people already casting votes for the 2020 presidential election, there is still a last minute push for college students to turn out on Election Day.

The Get Out the Vote (GOTV) campaigns are taking place across the nation, with organizations texting and calling young voters and encouraging them to head to the polls on Tuesday.

According to Pew Research Center, Generation Z voters will make up one in ten eligible voters for the 2020 election. Tiffany Dena Loftin, the national director for the youth and college division at the National Association for the Advancement of Colored People (NACCP) — the nation’s oldest civil rights organization — said that the organization has been canvassing, phone banking and texting young voters. The strategy, she said, has proven successful. More than 17 million people have been texted, and 82,000 phone calls have been made across the nation to encourage those of voting age to cast their ballot by Tuesday.

With 25,000 members in the youth college division and over 360 chapters around the country, the GOTV efforts are two-fold, Loftin explained. Youth members under the age of 18 are part of the ‘Vote for Me’ program in which they find cohorts of young people (who are not yet of voting age) to join them and mobilize the older generation to vote for them.

Students and youth who are 18 and up have created voter registration events online as well. For them, a creative outreach strategy includes ‘Netflix and Chill’ parities, where students host movies virtually and post the voter registration link in the chat.

She said that 15,000 young people have been trained to do civic engagement as part of the “electoral strategy work.”

“So, these young people are getting the first-hand experience of being organizers in 2020, not just protesting but being a part of an actual organization that can help advance an agenda for their community,” said Loftin. In this way, the NAACP is preparing them to become “active civic participants,” especially when they become old enough to exercise their own right to vote and participate, she added.

Training is essential to mobilizing students and youth to vote, said Joseline Garcia, the former president of the United States Student Association (USSA), the nation’s oldest and largest student association. 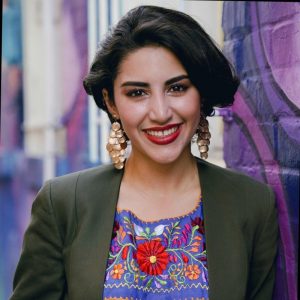 “You don’t need to be someone who has been in politics for years to be able to have a conversation about the importance of the election,” said Garcia, who was the former California and New York student organizing manager for the Bernie Sanders for President campaign. Part of the trainings for the Sanders campaign this year included strategizing on ways that students and youth could tell their own personal stories to move someone to cast a vote, she said.

“The biggest ask right now has been, ‘Are you checking your voter registration status?’” said Loftin. “It’s not enough for people just to register. We want to make sure people are checking their status because obviously there’s a lot going on with the closing of precincts, voting places and making sure people have the proper ID.”

To that point, information on how to access a ballot, how to vote by mail, location of polling places, voter registration and absentee ballot requests have all been part of the text-messaging campaigns, said Chris Gannon, co-leader of USSA. The messages serve as “free reminders” to give people the information they need to vote, he added.

To date, USSA has helped mail 700,000 absentee ballot request forms to students and youth from different states across the country.

“It’s really hard with COVID-19 to safely go door to door, and help people get out and vote, and tell them what to do,” said Gannon. “So, texting and sending emails and digital contact are really important this time around.”

“We’re not necessarily organizing the classroom or the college campus but more so, we’re using other platforms to try to get access to them,” she said. 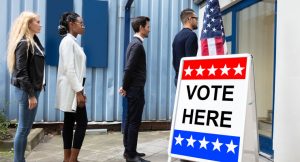 Reaching students where they are — which is on social media (especially TikTok) — is a common strategy, she said.

Gabrielle Harris, a senior at Stephen F. Austin State University, is the national president of the College Democrats of America — a nationwide organization dedicated to electing Democrats across the country to mobilize students to vote.

Since GOTV efforts vary geographically, relational-organizing is critical to get more people to vote.

“What’s the best voter contact method for those states?” asked Harris. “I am direct messaging (DM) my friends and having my friends DM their friends,” as well as sending the ‘iwillvote.com’ link out, said Harris.

Regardless of the results on Tuesday, GOTV efforts among students, youth and organizations are real examples of how students are “taking control of their future,” said Garcia.

“The fact that so many students and young people are activating and doing something about it, I would say, is a massive light at the end of the tunnel that we should look forward to,” she said. “And I would say it is everyone’s responsibility to invest in that light.”

Investing in additional training and resources for voters, specifically for students and youth, on how to combat voter suppression and intimidation are also important to consider for the waning hours of the campaign.  Some recommendations include staying socially distant, being prepared for potentially long lines and having proper identification to vote.

“What I hope is that we can see a political shift that doesn’t take the youth vote for granted,” said Loftin. “I don’t want anybody — not party, not candidate — to use the youth voice through the season and not take them seriously for the rest of the year. I think that would do a huge disservice to all of the work and momentum that’s been built by young people in this country to change the narrative, not just around Black Lives Matter but [around] everything that is important to the people.”