While the COVID-19 pandemic has altered traditional get-out-the-vote efforts on college campuses, students are working hard to encourage young voters to participate in the electoral process. Miyako Iwata, a senior at the University of California, Berkeley, is already thinking about what needs to happen next.

“There is a lot at stake as far as the health of our democracy in general. But also, that’s not something that’s just exclusive to this election. There’s always issues on the state level,” said Iwata.

For example, “California has the opportunity to restore affirmative action through a ballot initiative.
And of course, there are local races.”

Iwata is the founder and leader of the PAC-12 Voting Challenge, a cross-campus competition aimed at boosting student voter turnout across the West Coast in collaboration with the Andrew Goodman Foundation and ALL IN to Vote. 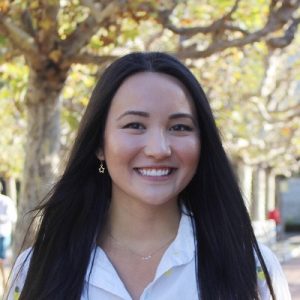 She and her colleagues are informing people about the election by “leveraging social media,” sending campus-wide emails and sharing voting resources across universities in the area.

Schools can win the challenge in two ways. One of the 12 universities must score the highest on student registration and voting rates calculated by The National Study of Learning, Voting, and Engagement (NSLVE), or they must have the best “2020 Action Plan” — to improve and mobilize civic engagement on campuses.

However, “it’s not really about [high registration numbers and participation],” said Iwata. “At the end of the day, having the culture with the student body and entire institution at Berkeley to participate in civic engagement” is what counts.

“Every year all of these issues matter,” she added. “We always need to be engaged and informed and participating — not just when the stakes feel high.”

As for the future, “at any school, it’s really important to build a leadership pipeline (including administration),” said Iwata. “So that when one group of student leaders is graduating, we’re translating that into the next set of leaders who are going to be able to take up the mantle and do this in the 2022 midterms, 2024 midterms  and make sure this doesn’t die out.”

The work doesn’t stop there. Iwata is also leading a petition campaign with her peers to make Election Day a holiday at Berkeley.

A spotlight on politics

In fact, “part of the nature of 2020, and more generally, part of the nature of President Trump, is that it forces politics to be in the forefront of everybody. And part of this is COVID as well,” said Dr. David A.M. Peterson, Lucken Professor of Political Science at Iowa State University. “When we have less sports, when we can’t go to movies, when there’s not a lot of new TV on, there are fewer other things to distract us from politics.”

People who normally wouldn’t be involved in politics are now more socially and politically engaged, he added.

“Historically, we’ve seen two sets of organizations that have sought to register voters. One is the campaigns, so obviously the Biden campaign, but to a lesser degree, the Trump campaign,” said Dr. Bernard L. Fraga, an associate professor of political science at Emory University in Atlanta. “But because of the voting trends you see among youth voters, it is much more of a priority for the Biden campaign to register students.”

However, Fraga added that, “in a close election, any group can be the margin of victory,  can make the difference.”

Malbrough is the founder of the Georgia youth poll worker initiative for The Georgia Youth Voter Project. So far, more than 800 students have been recruited to become poll workers since July 1 — the start of the program.

“After that, we follow up with them,” said Alba Villarreal, who is a junior at GSU and a partnerships and media intern for the Georgia youth poll workers initiative. “Did you actually get the job? Are you still interested? Are there any other resources that you might need?”

“We want to recruit people to work for the polls. That creates jobs for people in my [Latinx] community — jobs that they need — jobs that they didn’t know they could get,” added Villarreal. “It seems inaccessible, seems like we’re never represented in this line of work.” Thus, “making the process to become a poll worker more accessible is the first step for political involvement”.

To that end, “we’ll be advocating for a statewide rule that all poll worker applications are online,” as some counties in the state of Georgia only have a paper application process, Malbrough said.

In addition, Georgia poll workers will be conducting voter registration and passing along voter information.

Going forward, “we’re hoping for more access to the ballot. We’re hoping for better candidates, candidates that recognize young people as a voting bloc,” said Malbrough. He added that such improvements would entail “candidates reaching out to young people — not just during election time but throughout their entire terms.”

Today, get-out-the-vote efforts for young people are on social media, including students organizing and phone banking, said Louis E. Caldera, a distinguished adjunct professor of law at American University Washington College of Law (WCL). “Students are digital natives [versus people like me] who are digital immigrants — who didn’t grow up in a digital world.”

For example, the popular social media apps TikTok and Instagram are helping mobilize young student voters and explaining the voter registration process and how to vote. Therefore, “candidates are trying to figure out how to reach students in relevant ways on social media, and frankly it’s better if it’s student-student; it’s more likely to resonate with that generation,” said Caldera.

For get-out-the-vote efforts on college campuses to be effective, however, it “must be thought of as part of the ongoing curriculum and engagement of students to see themselves as civic actors” — not only during an election year or just in political science classes, added Caldera.

Eli Duncan-Gilmour — a sophomore at American University and founding co-president and treasurer at OurVote USA — is dedicated to driving youth voter participation via digital means in this electoral process.

One of OurVote USA’s latest efforts involves scannable “smart” T-shirts. Anyone can scan the QR-code on the shirt  or “anywhere” they see it in their community. It then links them to the OurVote USA website. Afterwards, they can click: “Register to Vote.”

Duncan-Gilmour explained that the shirts collect contact information that OurVote USA uses to send out chain reminders — what he calls the “reminder universe.” At the same time, the OurVote USA website and campaigns serve as resources to encourage young voters to vote which is all part of the “social media universe.” 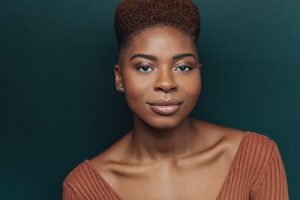 Another multimedia resource is an initiative for Claim Our Space Now (COSpace) founded by Marla Louissaint. She is a first-generation college student and a first-generation Haitian American studying computer science in her final semester at Fordham University in New York.

Our collective focuses on “galvanizing with being ourselves,” Louissaint said. “I feel like a lot of organizations have jumped into showing up at the table with a suit and tie. But that’s not accessible to most people. We bring our speaker, we’re listening to music, we’re having a good time. It’s us just truly out in the neighborhood showing that we care and care for them.”

COSpace streamlines and localizes information about voting and the Census. One social media initiative includes the photo campaign called “ClaimingMyVote” — this campaign allows individuals to express their intersectional reasons for voting today.

COSpace members also host in-person socially distant “popups” that include English speakers, non-English speakers and ASL interpreters who help community members register to vote, fill out the Census and understand the impact their vote can have.

Nonprofit organizations such as Rock The Vote, The Voter Participation Center, the Student Learn Students Vote Coalition (SLSV) and the Campus Vote Project are among the many efforts to reach the youth in masses as well.

For Louissaint and many others, “Black lives matter. Climate change … is also on the ballot. Sexuality and who you love is on the ballot. Health care is on the ballot. There are so many different things and everybody has a stake in it. It’s just realizing that those differences come together to create unity and the need for change.”