Higher Education News and Jobs
Category : Diversity,More headlines,News,News Round up |

Almost half the members of the University of Iowa search committee for associate vice president of diversity, equity, and inclusion (DEI) recommended that the role be upgraded, The Daily Iowan reported. 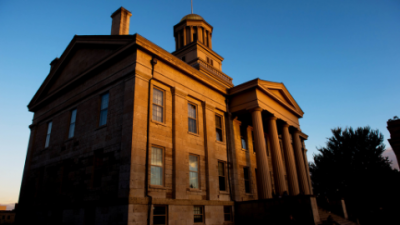 The members of the committee – which disbanded due to candidates withdrawing after UI President Bruce Harreld’s retirement announcement – recommended in an Oct. 22 letter that the DEI position should report to the president instead of the provost.

Nine of the 19 members signed the letter.

According to the letter, the person in the DEI role should have “necessary authority, resources, job security, and regular access to senior leadership to catalyze DEI‐related change and help create an anti‐racist campus and community.”

“Having the future DEI leader serve as Vice President instead of Associate Vice President would underscore the central role of the position on campus,” Paul Gilbert, committee member and assistant professor at the college of public health, wrote in an email to The Daily Iowan.

Gilbert was one of the members who signed the letter.

Ex-Univ. of Iowa Wrestler Released on Bond in Cheating Case