The University of Pittsburgh’s University Library System has acquired the archive of the late playwright August Wilson, best known for his American Century Cycle — 10 plays conveying the Black experience in each decade of the 20th century, according to a UP press release. 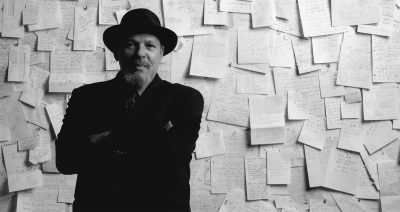 The acquisition of the archive – items such as scripts, art, poetry, unpublished work and correspondence – was done with the help of Wilson’s widow, Constanza Romero.

All 10 plays have appeared on Broadway and three – “The Piano Lesson,” “Fences” and “Ma Rainey’s Black Bottom” – have been made into films. Wilson also won the Pulitzer Prize for Drama for two of the plays.

Wilson’s plays were inspired by his walks in his Pittsburgh Hill District neighborhood “as a young man, observing and immersing himself in Black street life, listening to old-timers talk about their daily lives.”

“This acquisition is about more than bringing August Wilson back home to Pittsburgh,” Pitt Chancellor Dr. Patrick Gallagher said. “This archive deftly puts the experiences of Black Americans beneath an intimate magnifying glass and unpacks themes of injustice and inequity that are just as relevant today as when Wilson’s first play debuted.”