More than 50 delegates from across the nation gathered virtually this week to strategize and brainstorm ways that colleges and universities can better serve historically-underserved students.

Privileging the voices of students, this year’s National Institutes for Historically-Underserved Students focused on a variety of topics that impact college-going students, including systemic racism, the economy and, of course, COVID-19.

The National Institutes — which is funded from private donations secured by the Office of the President at West Virginia University at Parkersburg — convened its first gathering after the 2016 election and was conceived as a civil rights movement of educational leaders from across the nation. Since then, the Institutes has convened face to face three times and this year virtually because of COVID-19. 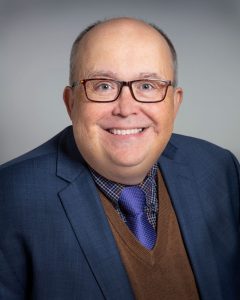 “We grew from a network of old friends and colleagues committed to equity and inclusion into a national network with delegates from more than 20 states and the District of Columbia, and what is unique about our organization is that we put students at the center of everything we do,” said Dr. Chris Gilmer, founder of the National Institutes for Historically-Underserved Students and president of West Virginia University at Parkersburg. “The greatest arrogance of higher education is that it so often does not include the student voice, the voice most central to its purpose, and we will not be guilty of perpetuating that grave oversight.”

“This gathering was so deeply informative and left me energized for the work that must be done as we focus our attention on the issues that impact historically-underserved students,” said Watson. “Dialogue is important. But this was much more than just dialogue. There was a commitment for progressive action.”

This year, the focus, Gilmer said, was on student voices, convening a panel of historically-underserved students to discuss the timely topic of racism and racial healing.

Bringing two HBCUs, one HSI, one Tribal college and one Appalachian university together, in partnership with the National Issues Forums, is perhaps the most intentionally diverse convening of student voices on this topic, by race and by geography, ever undertaken, he added.

“What sets the National Institutes apart is our mission,” he said, adding that there are many other organizations already serving individual populations of historically-underserved students by race, sex, sexual orientation, gender, veterans or first-generation status. “We are seeking to fill a major hole. We are addressing what underserved students have in common across multiple populations, and we are unaware of any other group taking this direction as its major focus.

Later this winter, Gilmer said that the Institutes will pilot a toolkit developed in consultation with a researcher at Florida State University with the purpose of helping colleges and universities nationwide honestly self-assess their readiness to serve underserved students. He said that while liberty and justice have been a noble promise, they have not been fully realized.

“Until a college has a deliberate and frank internal conversation about its status quo and admits its limitations, it cannot hope to break down these barriers,” he said. “Until all of higher education engages in this conversation and then acts on it, we cannot reasonably expect to improve educational attainment for underserved students and thereby increase economic equality for all people.”