Is Mispronouncing Kamala Harris’ Name a Jab at Her Citizenship and Heritage? - Higher Education

Is Mispronouncing Kamala Harris’ Name a Jab at Her Citizenship and Heritage?

When Vice President-Elect Kamala Harris was first picked by Joe Biden to be his running mate, for many it was quite exciting for so many reasons. There were those, however, who actually questioned her race, citizenship, and heritage. It was suggested that as a child of immigrants from Jamaica and India, she was somehow less American and less Black. Now some of the same people are mispronouncing her name as a variation on a similar theme. Kamala — something foreign, something different, not your story, not our story, they seem to be saying.

But nothing could be further from the truth. Caribbean immigrants and their American born children have long contributed to the building up of American society. This is not a new phenomenon. Kamala Harris is the latest in a long tradition rooted in Pan African ideology from Marcus Garvey to the present.

Pan African ideology is an ideology that originated in the late 19th century in response to slavery, colonialism, and institutional racism. Proponents believed that people of African descent should unify along political lines to achieve freedom and self-determination. For centuries, according to America’s one-drop rule, even one drop of Black blood defined someone as Black. As a practical matter, courts labored over fractions like quadroon (1/4 Black) or octoroon (1/8) even when the persons in question looked White. Pan- African ideology, as espoused in several major Pan African Congresses from 1900-1945, was a way to turn the idea of the one-drop rule on its head; to turn an arbitrary racial designation into a profound political statement. 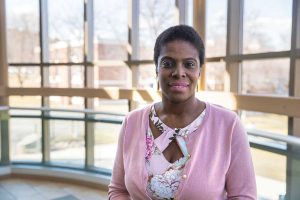 Pan African ideology meant that the Jamaican Marcus Garvey could relate to American born Malcolm X and his family and influence generations of African Americans and other people of African descent around the world. Pan African ideology meant that Rev. Martin Luther King Jr. would be an inspiration to freedom fighters on the African continent, and vice versa, and would subsequently be invited to Kwame Nkrumah’s inauguration as the first Prime Minister of independent Ghana in 1957.

Marcus Garvey, the civil rights and Back to Africa activist is perhaps the most prominent proponent of Pan Africanist thought and action. In brief, Garvey — who was born in Jamaica and came to the United States in 1916 — cut his teeth in activism in Harlem from where he ran an international campaign against racism and colonialism. His United Negro Improvement Association and African Communities League (UNIA) had chapters all over the US and around the world. He was a role model for many other civil rights activists including Malcolm X who wrote about the pivotal influence of Garvey on his entire family in his famous autobiography.

Garvey was unflinching in standing up for people of African descent. Moreover, Garvey, more than almost anyone in the 20th century, promoted the notion that “Black is beautiful.” Civil rights activists of the 1960s picked up on this aspect of Black consciousness and started wearing their hair in natural afros. Some, for the first time, embraced the idea that their skin color was a blessing and not a curse. Such was the influence of Jamaican born Garvey on Black populations from New York to Monrovia. “Africa for Africans … at home and abroad” was his motto which represented his call to unite people of African descent worldwide.

Harry Belafonte, born in Harlem to Jamaican parents, was another important Pan-Africanist whose work was instrumental in the struggle for Black civil rights. Belafonte, a singer and entertainer, used his platform to advance social causes and was a confidante of the Rev. Martin Luther King Jr. He not only marched alongside King but played an important role in the strategy sessions for some of his groundbreaking marches. No one then or now has ever questioned Belafonte’s American citizenship or his commitment to civil rights.

Shirley Chisholm is another figure whose background and commitment follows in this Pan African tradition. Born in America to parents from Barbados and Guyana, Chisholm was a woman of many “firsts.” She was the first African American woman in Congress and the first African American woman to seek the nomination for President of the United States in 1972. In her autobiography, Unbossed and Unbought, she details her impressive seven terms in Congress where she was a consistent advocate for civil rights and women’s rights.

And so, we see that the citizenship of those with Caribbean heritage as well as their commitment to the improvement of the United States is a non-starter. Kamala Harris is simply the latest in a long tradition.

So, who is it that is questioning her sense of belonging? Who is it that in mispronouncing her name would like us to believe that there are not many like her with similar parentage who have long made major contributions to America as it is today?

Reparations, not divisions and distractions

Given her work as a district attorney, senator, and vice presidential candidate, Harris is already on that path. Furthermore, it may be that those pursuing this line of thinking are trying to distract the public from the real issues that concern people of African descent in this time of racial reckoning.

With protests and demonstrations still peppering the country, many Black people and their allies are talking about Reparations. Reparations long overdue, in fact, 155 years overdue, as an issue is making more headlines than it ever has before. There is a real and credible opportunity that reparations will not just be considered but implemented. Major newspapers and national and international TV programs are covering the issue and more people are agreeing with the central argument that after 250 years of slavery and uncompensated labor that helped to build the country, there can be no leveling of the playing field or true racial reconciliation without Reparations.

In the end, could it be that those who would debate the obvious about Harris’ race, citizenship and belonging would like us to focus on everything but reparations?

If so, it is doubtful that people of color and their allies will be distracted. They know who Vice President-Elect Kamala Harris is and they know the issues they want to see elevated.

They also know how to pronounce her name.

Dr. Anne C. Bailey is a professor of history at Binghamton University and director of the university’s Harriet Tubman Center for the Study of Freedom and Equity.