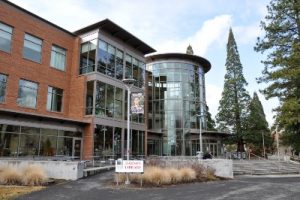 The paper, titled “A Gender Analysis of Oregon’s Student Success and Completion Model” alleges that the formula  which distributes state funding to public universities,  typically favors bachelor’s degrees completed by men, since their degrees are worth more. Schools that don’t have a high population of male students may be at a disadvantage.

Strenio pointed out that STEM degrees were favored in state funding over liberal arts degrees, which is typically dominated by men, particularly engineering. In 2018-2019, while 54% of bachelor’s degrees for Oregon residents were awarded to women, women made up only about 33% of STEM bachelor’s degree recipients.

Therefore, universities with degree programs in more women-dominated areas like the social sciences, liberal arts, and humanities can be at a disadvantage financially, said Strenio.