Democracy, Diversity Back on Track

A Trump concession? Don’t expect to see one, unless it’s a hot dog cart on Fifth Ave.

The soon-to-be-former commander-in-chief is showing no grace, saying “I won this election by a lot,” in tweets flagged by Twitter for accuracy. His lawyer, Rudolph Giuliani, one-time American hero, now disgraced star of the new Borat movie, talks about election theft.

Nina Tolson, vice dean for faculty and academic affairs at the USC Gould School of Law took a dim view of Trump and his loyalists’ efforts to question the election results.

“There’s actually a formal name for this legal strategy, it’s ‘let’s file these lawsuits and see what happens,’”Tolson said Monday on CNN. “I think courts are pretty good at figuring out when litigants have done that.”

Tolson dismissed it all as lawsuits that go nowhere, with demands for recounts that have no impact on the election results.

While Trump may not have a legal strategy, he does seem to have an exit strategy–to throw one massive tantrum, “the likes of which we’ve never seen before.”

As the week began, Trump fired Defense Secretary Mark Esper by tweet, showing the president is intent on being as disruptive and as vengeful during the time leading up to someone else’s inaugural.

Who’s next? For sure, Education Secretary Betsy DeVos, a Trump favorite, is safe. But Does an Esper firing augur more autocratic action?

It’s a chaotic finale, the tenor of the last four years of our dysfunctional democracy.

Let’s hope it doesn’t impede the joyful noise we heard on the streets of America since Saturday.

On Saturday when Philadelphia’s mail-in votes gave Joe Biden Pennsylvania for the win, we’d come to the end of our long national “countmare.”

Democracy and diversity are set to rise again.

People hit the streets, masked up, for the most part, but no one took the time to social distance. They just wanted to be together, united, in one spontaneous eruption of democracy. 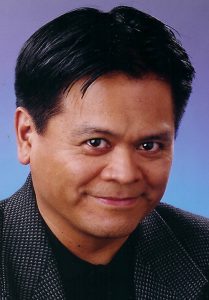 Watching it all on Saturday reminded me of the Philippines in the ‘80s when “People Power” toppled the dictator Marcos. This was a pale American version.

Trump wasn’t technically a dictator. But he stretched his autocratic tendencies to the max with his executive orders that turned our institutional norms of governing on its head.

Just think of the Trump legacy of Muslim bans, wall rhetoric, s***hole countries, children pulled from their mothers at the border, random ICE checks, DACA obstacles, Census chaos, and abnormal affection for strange bedfellows Kim and Putin, not to mention an allure to White supremacists.

There’s more. How can we forget impeachment, Stormy Daniels, conservative judges, and a federal deficit of $3.1 trillion. He did all that and made us doubt ourselves as a country and as Americans.

Now the Trump presidency has an expiration date.

On Saturday, we could stop holding our breath and let out a massive collective exhale.

And we can feel what it’s like to be on the same team again.

That was the Biden-Harris message on Saturday night.

I’ve been talking about the coming New America since 1989.

Suddenly, I could feel the history through my TV screen when I saw Oakland-born Kamala Harris, the daughter of a Jamaican father and an Indian mother, step up as Vice President-elect at the victory rally in Wilmington, Delaware Saturday night.

“While I may be the first woman in this office, I will not be the last,” she said as the crowd cheered. “Because every little girl watching tonight sees that this is a country of possibilities. And to the children of our country, regardless of your gender, our country has sent you a clear message. Dream with ambition, lead with conviction, and see yourselves in a way others may not simply because they’ve never seen it before.”

It was a message not just to little girls, but to all who yearn for inclusion. Every Asian American, every person of color held back by the self-doubts imposed on them by systemic racism heard the message loud and clear.

Harris also assured she’d be a vice president to all, even to those who didn’t vote for her. She set up the theme that Biden would drive home.

ENDING THE “GRIM ERA OF DEMONIZATION”

I first heard of the idea of “demonization” when people referred to Saddam Hussein during the Gulf War. But it didn’t take long for it to become a standard strategy in our domestic politics. By 2016, it enhanced Trump’s bullying non-empathetic style.

Biden was its antithesis. And it showed.

“Special thanks for the entire nation,” Biden said from the stage at his rally. “I’m proud of the coalition we put together, the broadest and most diverse coalition in history. Democrats, Republicans, independents, progressives, moderates, conservatives, young, old, urban, suburban, rural, gay, straight, transgender, white, Latino, Asian, Native American.”

And then he gave a special shout out to the Black community. “When this campaign was at its lowest ebb, the African American community stood up again for me,” Biden said to wild honking and cheering.

Unlike Trump, who never reached out to non-supporters, Biden did.

To all of the 71 million who voted for the other guy, Biden said it was time to listen to each other again, and to stop treating opponents as our enemies. “They’re Americans,” Biden said, before turning to a biblical phrase to emphasize that this was a time “to heal in America.”

“I will work as hard for those who didn’t vote for me, as those who did,” Biden said. “Let this grim era of demonization in America begin to end here and now.”

Biden mentioned policy matters, such as forming a task force to fight the coronavirus, which Trump has downplayed since the beginning. A methodical scientific national approach finally arrives after the nation continues to set daily case records and the death toll has risen to more than 237,000 Americans.

He also mentioned health care, the economy, and climate change. But the important thing was getting all of America on the same page quickly. Biden and Harris did that on Saturday.

That could include the current the president, if he chooses.

You don’t win over America by denying democracy or diversity.

Inaugural Week and Poetry Should Re-Kindle Our Sense of Diversity