Native American studies departments and programs in higher education do more than just teach about the oppression of Native Americans in U.S. history. They are working to preserve indigenous cultures by introducing and expanding coursework that offers strong ties to community building.

According to The Postsecondary National Policy Institute (PNPI), in October 2019, Native Americans — both American Indians and Alaska Natives — comprised only 1% of the U.S. undergraduate population and less than 1% of the graduate population. Moreover, 41% of Native American students seeking a bachelor’s degree graduated within six years, compared to nearly 63% of White students, reported by PNPI.

At the University of North Carolina at Pembroke (UNC-Pembroke), Dr. Mary Ann Jacobs, chair of the department of American Indian Studies (AIS), says the priority is to help students major and minor in AIS.

While instructors at UNC-Pembroke teach about oppression of indigenous people in the U.S., Canada and Australia, “we’re also teaching about resistance. It’s not just a story of ‘oh these oppressed people,’” says Jacobs. “Native people have agency. That means they are striving to resist assimilation, erasure of their culture, erasure of their languages.”

To keep students informed and engaged in the coursework and the Native American world at large, Jacobs often asks: “What is the connection to us?” or “What would you do in this situation?” These scenario-based questions give students an opportunity to understand the perspective of Native Americans and problem-solve by making decisions.

Over at the University of Minnesota, AIS is the oldest such program in the country offered for students and community members. 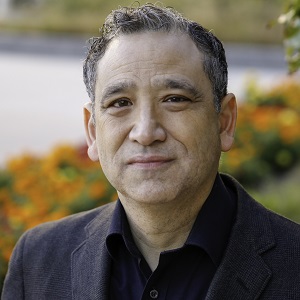 “We teach culture. Culture is not something you can put in a box. It’s not an object,” says Dr. David Chang, chair of the AIS department at the University of Minnesota. “It’s dynamic and changing and is related to language, art, philosophy, politics, to our students’ goals.”

However, “one of the real challenges of college is the danger or the fear of getting cut off from community,” says Chang. Students are wondering, “Is there a campus that looks like me, or [someone who] grew up the way I did or has my experience?”

Finding ways to combat this isolation at school is a good teaching moment for students, faculty and community members, he says.

Since Native American populations are dispersed, one way to bridge that gap of isolation is by offering Dakota and Ojibwe language courses all online. Ojibwe is offered as a major, which is “highly unusual,” says Chang. Dakota, on the other hand, is in development to become a major for students.

The school offers an Ojibwe immersion house, which is a residence hall that allows four to five students to share an apartment and speak only in Ojibwe. This immersion can help students “develop a strong level of fluency. The language is going to become natural to them in a way that it doesn’t if you only use it in the classroom environment,” explains Chang. “Because our job isn’t only to teach this as an academic subject, but to work for the revitalization of these critically endangered languages.”

Chang hopes the department can develop an indigenous space, such as a longhouse — a traditional dwelling of the Iroquois and other North American Indians — for students to “foster all these things together.” 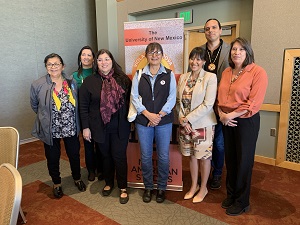 The importance of community and culture is essential for these departments and programs to exist across the nation, especially with high populations of tribal communities in the area.

Dr. Amanda Cobb-Greetham, director of the Native Nations Center at The University of Oklahoma, echoes Chang’s message about preserving this sense of a “tight-knit” community and culture among Native American students.

For the past 30 years at the University of Oklahoma, native faculty and staff from the American Indian fellowship program have even cooked homemade meals for Native students every week, says Cobb-Greetham.

Another unique aspect of the department is the hall of Native Nations that features the flags of all 39 tribes of Oklahoma. If a student comes from a tribe whose flag has yet to be displayed, the department can order one in honor of their tribe, Cobb-Greetham explains.

Though COVID-19 has made it difficult for the community to convene altogether, says Cobb-Greetham, “we want to protect our elders and the knowledge that they have and share in culture and language.”

As for the future of Native American studies (NAS), “we have a lot of students who immediately go to work for their tribes,” says Cobb-Greetham. “So, we would like to continue to grow our program particularly in online and graduate programs and different aspects of tribal administration.”

Leadership development and community building is another common thread of NAS 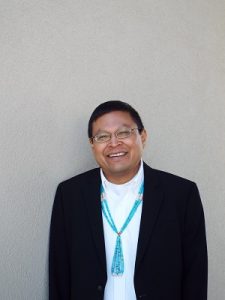 studies. Dr. Lloyd Lee, associate professor of NAS at the University of New Mexico, explains: “What we’re really trying to do is educate students to become their own Native Nation builders — going back to their communities, their nation, looking at what challenges are facing those communities and working to resolve them, to help alleviate them.”

Poverty is one of those dire challenges. According to the U.S. Census Bureau, in 2017, the percentage of American Indian and Alaska Natives living in poverty was estimated to be 26.8%, which compares to 14.6% for the U.S. as a whole.

It is critical for institutions to partner with tribal communities, as they have resources to help. In the master’s program at the University of Mexico, students must take the “Project of Excellence” course. Students apply a theoretical foundation to address a target issue relevant to a particular Native community, international audience or Indigenous group.

Students work on a project tied to a Native community in their second year for the fall and spring semester with a faculty member/advisor who helps guide them, explains Lee. Some projects from the first cohort of students ranged from “educating students to putting together a pueblo knowledge conference to bringing back community gardens to helping with indigenous languages.”

“We’re seeing those students becoming their own leaders, helping their community or Native Nation resolve the problems that they’re facing,” which is part of the NAS mission, adds Lee.

Dr. Larry Nesper, director of AIS at the University of Wisconsin-Madison (UW-Madison), recalls the work of alum Gregory Hitch.

Hitch had begun his fieldwork project with the Menominee tribe as an undergraduate student in the AIS Certificate Program at UW-Madison. Now a Ph.D. student in AIS, specializing in indigenous environmental justice and North American environmental history at Brown University, Hitch is helping the tribe with its forest.

It is “a 233-acre forest that is the basis of their industry,” as “they’re concerned about the implications of climate change and the kind of species that are growing up there,” says Nesper.

“With 11 tribes in the state, tens of thousands of members with viable economies, there are opportunities [for students] to work for tribes,” said Nesper. “So, your certificate may be quite useful,” particularly in the areas of law since tribes have legal teams, he adds.

Nesper’s job is to “envision the program, keep it on track as a program that distributes knowledge, creates knowledge, that serves the needs of the entire university, the students, the staff, the faculty, as well as the community at large in terms of Native American history.”

One of his goals for the program is to “develop research relationships with the tribes.” Ideally, tribes would collaborate with a historian or an environmental specialist at UW-Madison to identify a problem and develop research to help mitigate the problem, he says.