With support from the Tennessee Higher Education Initiative (THEI), DSCC established an associate degree in business administration for incarcerated individuals at the Northwest Correctional Complex (NWCX) in 2017.

Since then, two cohorts of students have participated in the program.

“I think our faculty was [originally] a little skeptical about working with inmates …,” said Dr. Karen Bowyer, president of DSCC. “But they have been so impressed with how hard working and really how much of a team effort there has been. [The inmates have] formed study groups and they are so well-prepared. It is very refreshing for our faculty to really work with these students.”

The cost of incarceration is $27,000 per prisoner. However, it costs only $1,000 to $1,600 a year to provide an education to them, which has been proven to lower the rate of recidivism. Within Tennessee prisons, 95% will leave and almost 50% will be reincarcerated within three years, according to THEI.

As many colleges and universities are reducing their presence in correctional facilities across the nation, DSCC was chosen by the United States Department of Education in July to participate in the Second Chance Pell Experimental Sites Initiative, which offers need-based Pell Grants to prison inmates. 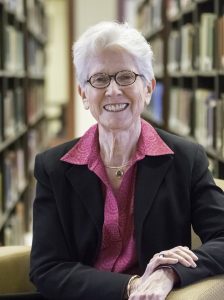 Students are currently participating in the Bridge Program, which is designed to assist “students in boosting their skills in reading, writing and math and to prepare them to begin college-level coursework when the semester,” said Dr. Heather Bonds, the acting principal at WTSP/WTRC.

The COVID-19 pandemic, however, has created challenges as to how the courses are offered. Back in mid-November, 150 inmates at the WTSP had tested positive, the Tennessee Department of Corrections reported.

Virus outbreaks caused the prison to shut down, forcing DSCC to send workbooks through mail to the prisoners due to the lack of technology within the prisons. Students learn through video lessons organized by faculty members and complete related assignments, which are then uploaded by Bond online to be graded.

“For me, I treat them exactly like I would treat any other student that I have,” said Bobby Solmon, associate professor of math at DSCC. “I don’t expect any more from them and I don’t expect any less than them. I think for the most part, they respect it. They do not want special privileges. They just want to be given a chance.”

Beginning in January, 49 inmates will begin courses in the evening, Monday through Friday, as part of the business administration transfer degree. They are expected to graduate in late August 2022.

“The students who are participating in this program are very appreciative of the opportunity to earn a degree, as evidenced in part by the number of offenders who applied and those who are on a waiting list for the next cohort,” said Bonds.

The prisons currently lack or have older, outdated computers. To prepare for the upcoming semester, new technology and Wi-Fi will be implemented for the participating inmates to use.

“Many of these prisoners that have been in there 20 years, or even if you are in there for five years, think of the technology you don’t know about,” said Bowyer. “They are going to get their hands on all this stuff and be much more prepared to reenter the world than if they would have sat there and gotten released without ever seeing a computer.”

In addition to the expansion, a third cohort of 25 students will begin at NWCX in January 2021.

Prison education reduces the rate of recidivism. According to a 2016 RAND Corporation report, individuals who engage in educational programs during their incarceration time are 43% less likely to return to prison.

Outside of lowering recidivism, Bonds has found that educational programming has increased “offenders’ self-esteem and self-worth.”

“Also, participating in education gives students a purpose as well as opportunities to experience success,” she added.

Solmon has been approached by students saying they “never would have thought [they] would be in college.”

“A lot of them probably were not the best high school students but now they kind of have a change in perspective,” he said. “They want to be successful. They want to know why I counted off two points on a problem that they missed. Those kinds of things. They are really invested into the program.”