Panel Discussion Focuses on Small Businesses and Education Amid COVID-19

The Hill hosted a virtual panel Thursday focused on the ways in which small business owners and educators have been affected and have had to adapt amid the COVID-19 pandemic.

Funke had originally planned to run a mobile plant cart for farmers markets when she created Fleurish Grounds in 2019. But the pandemic halted that plan, prompting her to move her efforts online, particularly to the social media giant Instagram. From there, Fleurish Grounds expanded to have in-person plant sales in Funke’s yard to now opening its own online store.

“Besides the transaction that happens between my customers, we get to know them,” Funke said. “We know their names, their moms, their kids.”

However, she said that more funding and help was needed.

“As a nation, I think making COVID relief grants more accessible for new businesses like myself is something important,” Funke said, adding that her small business has not qualified for grants. 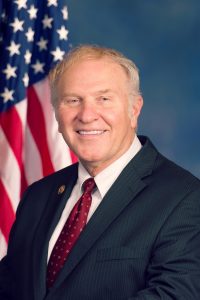 Chabot said that a second round of Paycheck Protection Program (PPP) loans is close and that there would be a set-aside for microbusinesses – 10 or fewer employees.

The PPP – part of the March $2.2 trillion Coronavirus Aid, Relief, and Economic Security Act (CARES Act) – has amounted to $669 billion in forgivable loans for small businesses to pay employees during the pandemic.

Business owners were potentially eligible for forgiveness “if the funds were used for eligible payroll costs, payments on business mortgage interest payments, rent, or utilities during either the 8- or 24-week period after disbursement,” according to the U.S. Small Business Administration website.

“So we want to make sure that those who didn’t get one in the first round, or businesses who maybe did get one but really need a second loan, that they’re both eligible,” Chabot said, adding that there has been effort to make the forgiveness process more flexible. “Because right now, people who have the loan are now going in and trying to make sure they don’t have to pay the loan back. And it can be a pretty paperwork-intensive project.

“So we’re trying to simplify that so people don’t have to pay that loan back. That was the idea when we passed this PPP program was for those to be forgivable loans for the most part.”

Chabot mentioned that a variety of loans were available and accessible, both on the federal and local level, suggesting that small business owners could contact their local officials for assistance.

Still, the burden of helping students through remote learning and the pandemic has fallen solely on teachers, Weingarten said.

“There’s hundreds of thousands of people, of educators all over the country really trying to figure out what to do to reach kids in an uncertain time when we are not getting the help or support from the powers that be, whether that be the current president or the current secretary of education, and frankly, whether it be in many, many cases, current superintendents or legislators who are looking at all of this through whatever political haze and lens they do,” Weingarten said.

However, online learning has led to some discoveries that could be helpful moving forward, one being that one-on-one interventions with students have been more effective, Hollingsworth added.

In order to reopen schools, the virus curve first needs to be addressed, Weingarten said. And even when reopening occurs, accommodations for teachers and parents have to be in place.

“They can actually say, ‘I don’t trust it yet, so I need to still have remote learning.’ And for educators, they need to be able to say, ‘My kid is immuno-compromised. I need to have that accommodation,’” Weingarten said. “You can’t have people walk into school who are fearful that their kid’s or their parent’s lives are going to be harmed because of asymptomatic spread.”

Sacrifice has been common, from both parents and teachers, Hollingsworth said. About 60% of her students are being taught online, with the others receiving in-person instruction. Parents are making a sacrifice by having their children learn from home, especially those who lost their jobs.

She urged drastic changes in education policy, such as the need for lawmakers and leaders who have some public education background.

“Everyone is making a sacrifice,” Hollingsworth said. “In order for me to do my job, I’ve had to make some financial and personal sacrifices. I’m hoping that those sacrifices actually do pay off.”