UNC Greensboro’s Faculty Diversity Jumped in Five Years. How Did It Do It? - Higher Education

UNC Greensboro’s Faculty Diversity Jumped in Five Years. How Did It Do It?

In the past five years alone, the University of North Carolina Greensboro (UNCG) has experienced a notable jump in faculty diversity for each ethnicity category, excluding White. 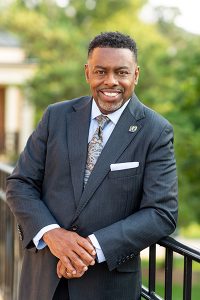 How did it do it?

Perhaps uncoincidentally, five years ago, the university also appointed Dr. Franklin D. Gilliam, Jr. as chancellor, making history as having the first Black chancellor of a non-HBCU school within the UNC system.

Under his tenure, UNCG has received national recognition, launched its own website dedicated to racial equity and it has expanded its Campus Climate Fellows program.

But while his and Provost Jim Coleman’s equity-committed leadership have played a critical role in driving the university forward, Dr. Andrea Hunter, one of UNCG’s two fellows for campus climate and a professor of human development and family studies, says the university’s recent success in diversity stretches far beyond leadership alone.

“Along with that unequivocal commitment among university leaders … you have to have clear messaging, and you really need to establish a strong campus narrative regarding how a diverse faculty really advances your mission,” Hunter said. “For us, that’s the idea that [diversity] really fuels creativity, innovation and a community of ideas. It’s the idea that diversity will make us better teachers, better scholars and better artists.”

The challenge then, Hunter says, is to instill that belief into the separate departments and their faculty who “are really the levers of change,” given they’re the ones on the ground doing recruitment and hiring.

As faculty, “we’re either the conduit of diversity and equity, or we’re the source of failure,” Hunter said. “And I think this is the hard truth.”

In training faculty, she said UNCG began standardizing its best practices in hiring by including them in faculty handbooks. Among those best practices are addressing implicit bias and learning to reenvision one’s department through intentionality. 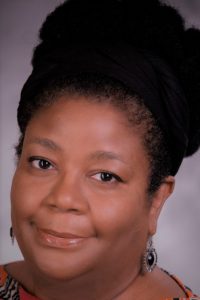 Old approaches to hiring often “lead us to kind of clone ourselves and then become what we’ve always been,” Hunter said. “… It’s not necessarily that people are bad folks, but that we’ve always done things a certain kind of way.”

For instance, say a beloved English professor retires — the instinct of that department might be to “replace” that vacant spot with someone who feels familiar and similar, someone who might approach research in the same way the previous faculty member did.

But doing so casts a narrow net and only replicates department outcomes, according to Hunter. Instead, Hunter says departments should see faculty openings not as “gaps to fill” but as “opportunities for transformation.”

With that in mind, she emphasized that such transformation doesn’t just mean ethnic, regional or gender diversity. It also means diversity of thought and diversity of research. That may mean finding someone who carries a critical theory perspective or someone who concentrates their research on a new population.

“We slowly learn as a faculty that if we’re going to keep pace, we have to have a diversity of thought, a scholarship of experience,” said Hunter, who added that search committees should ask themselves, “How are we transforming ourselves?” and “Where is the leading edge of our field?”

Because “so often that leading edge is also coming from folks who are previously locked out,” said Hunter.

At UNCG, it helps that the school is a minority-serving institution. With students of color comprising about half of the student body, Hunter says they drive diversity conversations forward.

“Our students push us,” said Hunter. “They challenge us in the questions that they ask, and in the life experience that they bring, and in how they’re seeking to apply what we can teach. They can see the gaps in theory and research that that often we didn’t imagine. They want to see different kinds of readings; they want to see and hear voices from a diversity of scholars.”

But just how you attract that diversity of scholarship circles back to sharing the narrative of the school, said Hunter.

“That is what I call ‘If you build it, they will come,’” said Hunter. “That is, think about what we have going on as a department, as a university, or with our student body that we can speak about to potential applicants who want what we have.

“It builds a kind of sense of who you are as a university. It drives and has its own energy. … And there’s truly a hunger for that. We have had folks in my department who say, ‘I wasn’t even looking, but once I saw the position, I had to apply.’”

That’s exactly what happened to Dr. Sandra Echeverria, an associate professor in UNCG’s Department of 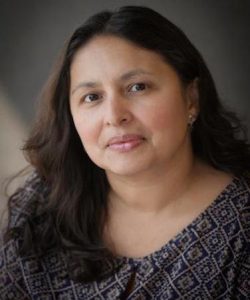 Public Health Education, who was hired in 2018. At the time, Echeverria wasn’t looking elsewhere for work. She was comfortable as a tenured associate professor at the City University of New York Graduate School of Public Health and Health Policy.

But then a friend shared a faculty opening at UNCG with her.

“She emailed me the opening and she said, ‘I read this and I thought about you,’” said Echeverria. “I wasn’t looking [for a new position], but I read it, and she was right.”

She said that what largely spoke to her was the university’s, and more specifically, the department’s public commitment to community engagement.

“That area of work is always rooted in a social justice framework, because you’re working with people to bring about change,” said Echeverria. “So it’s not just research for research sake. To ensure that your research makes a difference in your local community, or that it can inform even broader actions to improve the health of people and that was really key for me.”

“I felt like the department in the school expressed their commitment towards those goals,” she added.

Dr. Juliette Bianco, director of UNCG’s Weatherspoon Art Museum, was drawn to the school for similar reasons. After working as director of the Hood Museum of Art at Dartmouth College for 25 years, Bianco said that it “really had to be something unique to draw me here after being somewhere for 25 years.”

For her, that unique something was also the university’s expressed commitment to community engagement. 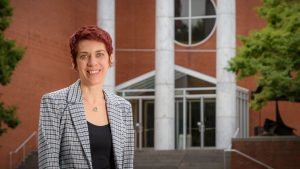 “I had never seen a place where this strategy permeates to the level of the campus art museum,” said Bianco. “… So, what drew me here was the possibility that the art museum would be considered not just a partner, but an impactful partner in driving that mission forward.”

Since joining in September, Bianco said she’s already had several conversations with Hunter about how an art museum’s collection can tell inclusive histories that create space for the community to discuss issues of access, equity and inclusion.

Still, while UNCG celebrates its recent diversity advances, Bianco, Echeverria and Hunter all seemed wary of complacency, saying that there’s always room for improvement, with some departments being further ahead than other departments.

“What we’re seeing in the nation too is that we still have a way to go to ensure that the diversity, equity and inclusion we express becomes manifest,” Echevierra said.

“So, for me, I think UNCG is in a great place to build models for that, to build models that can truly address what prevents people from moving forward in their careers;  for making people, especially scholars of color, feel welcome and providing them the support to thrive,” said Echevierra. “And I’m hopeful that that will be the case, because, like anything else, in making any institution, there are still gaps and there are still improvements we can work on to make it even better.”