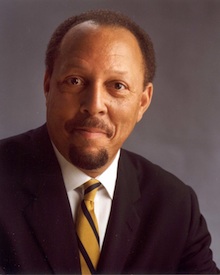 His daughter, Karinda Renick, had said on Facebook that James was ill since late 2019 and was later diagnosed with the incurable amyotrophic lateral sclerosis (ALS), which affects nerve cells in the brain and spinal cord and causes people to lose control over the muscles they need to speak, eat and breathe, the News & Record reported.

James was the ninth chancellor at A&T for seven years, and before that spent six years as University of Michigan-Dearborn’s chancellor.

During his tenure, A&T’s student population went up more than 30% and the school itself received doctoral status from The Carnegie Classification of Institutions of Higher Education.

“I’m going to feel passionately about A&T until I don’t have any more breath,” Renick said 2006 to the News & Record. “I’ll think about A&T in Washington, in California, in China, in India because it’s a part of us, and it will always be.”