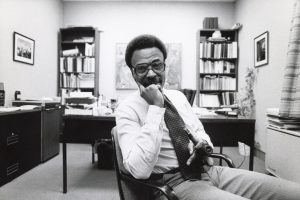 During his time as dean from 1976-1995, VCU’s School of the Arts became one of the largest art schools in the United States. Additionally, the school received increased funding while student enrollment reached 2,400, VCU reported.

Outside of his academic role, DePillars, who died in 2008, also worked as an art historian and painter.

The departments of sculpture, painting and printmaking, craft and material studies and kinetic imaging reside in the Dr. Murry N. DePillars Building.

“Dean Murry DePillars’ legacy as an artist, an educator and an advocate for our university community — and for Richmond — is profound,” said Dr. Michael Rao, president of VCU, in a statement. “He brought diverse communities together to learn, to create and to engage in needed conversations. VCUarts grew and achieved well-earned worldwide recognition during his time as a leader. I’m delighted that the Fine Arts Building will bear his name.”