Dr. Samuel L. Myers Sr., a trained economist who served as president of Bowie State University before being named president of the National Association for Equal Opportunity in Higher Education (NAFEO), died on Jan 8, at the age of 101. 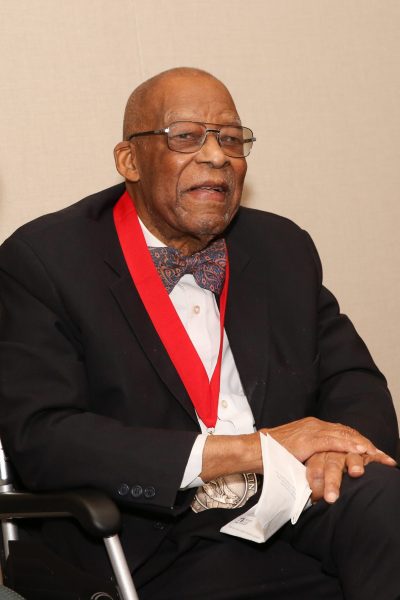 A civil rights advocate, Myers was known for his mentorship of presidents of historically Black colleges and universities (HBCUs) and Predominantly Black Institutions (PBIs).

“Dr. Myers was loved and revered for the valiant fight he led to place and keep HBCUs and other equal educational opportunity institutions on the global, national, and state agendas and for the partnerships he fostered with federal agencies and corporate entities,” said NAFEO CEO Lezli Baskerville, adding that Meyers’ leadership of NAFEO led some HBCUs to “surthrive” and many others to thrive.

“Hundreds of HBCU presidents, chancellors and others in the HBCU community were blessed to have been part of the remarkable journey of Dr. Samuel L. Myers Sr.,” she said. “Thousands of others enjoy the benefits of the vision, leadership, service and successes of Dr. Myers. Through the ongoing work of NAFEO, the struggle to prod equity and justice in state investments in and treatment of public HBCUs continues. Because of the work of Dr. Samuel L. Myers Sr., more people understand the centrality of HBCUs and PBIs to the realization of a strong, just, pluralistic, inclusive, compassionate, sustainable America.”

In 2017, Diverse presented Myers and Dr. Wilma J. Roscoe with the Dr. John Hope Franklin Award for their work as “longtime guiding forces” behind NAFEO, which is an umbrella advocacy group for HBCUs. They were honored alongside the late Georgia Congressman John Lewis.