As a senior majoring in political science at Howard University, Peter Lubembela was proud to see Kamala Harris, a graduate of his “Bison community,” win the vice presidency. He described his fellow Howard University students rushing to the campus yard after hearing the news.

Originally from Tanzania and “coming from a refugee camp, seeing the daughter of two immigrants fight to become the first woman vice president of the United States of America, it’s powerful,” he said. “… I’ve been marginalized for the majority of my American experience, so it’s just inspirational watching a Black woman really fight for immigrants and for her community.” 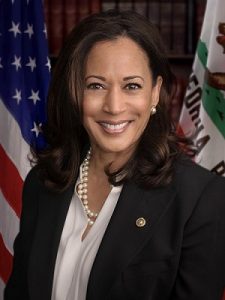 Lubembela spoke on a virtual panel of Howard University scholars and leaders on Tuesday, collectively reflecting on the role of HBCUs in today’s political moment, in light of the Georgia Senate runoff election, a breach of the U.S. Capitol by supporters of President Donald Trump and the impending inauguration of President-elect Joe Biden.

“The role of Howard and HBCUs in particular has never been more critical in my opinion,” said Dr. Wayne A. I. Frederick, president of Howard University. “Truth is under assault in our country and it is our distinct duty to elevate it and put forward solutions to correct the problems that that very truth is revealing. HBCUs have always been at the forefront of holding America to account and insisting we do better as a nation.”

It’s “a reawakening of the consciousness” that “Black women, women of color, have played very important roles, starting from the home to the community level and into the global space,” said Dr. J. Jarpa Dawuni, associate professor of political science and director of the Center for Women, Gender and Global Leadership at Howard University. “When we’re talking about Black women, women of color, we’re talking about principles of matriarchy, the experiences and power and control women have in the communities they find themselves.”

He described Harris as a product of her Howard University education, noting she attended the school at a time that coincided with “the emerging notion of Black center-left electoral politics,” which she’s come to represent. Meanwhile, she was a junior at Howard when the university first instituted a mandatory African American studies course for undergraduates.

“There’s nothing more important, it seems to me, in terms of the Black university concept … than inviting people from all over the world and different backgrounds into a space where we consider the nature of human possibility through lenses that tap into that deep Black intellectual tradition,” Carr said.

In addition to focusing on Harris’s HBCU past, the panel wrestled with the implications of the attack on the U.S. Capitol by Trump supporters, as well as the country’s national reckoning with racism this year.

“I think a part of the problem that we have is we don’t recognize the humanity in each other, so it makes it easier to vilify people, it makes it easier to accept misinformation, it makes it easier not to fight for that justice … that equity …” said Dr. Keneshia Grant, a Howard University associate professor of political science. Black people have been “trying to convince other people we’re human for as long as we’ve been in this nation. But it’s incumbent for people who are not Black to try to have conversations in their communities about our Blackness until they accept us as such.”

Against that backdrop, Jennifer Thomas, an associate professor at Cathy Hughes School of Communications and a former executive producer for CNN, emphasized the importance of diverse journalists and their outsized role in telling the stories of communities of color.

Frederick gave assurance that, ahead of the presidential inauguration on Jan. 20 – when more protests are expected to roil Washington, D.C. – Howard’s campus will be taking appropriate security precautions.

At some point, the school also plans to ring the chapel bell 49 times to celebrate Harris’s official election as the nation’s 49th vice president.

“Kamala Harris was a commencement speaker in 2017 who had the audacity to run for president and now serves as the vice president of the United States after only three years in the Senate,” Lubembela said. “Looking back, as a first generation, low-income immigrant from Montbello, Denver by way of a refugee camp in Tanzania, with the last name Lubembela, who couldn’t afford the $300 enrollment deposit for Howard University, I thank God for giving me the audacity to get a higher education.”