Issues of racial justice and educational equity are front-and-center for Yvonne Muñoz, 31, a higher education senior policy analyst at The Education Trust-West (ETW).

In her role at the California-based education non-profit, she attempts to help support students of color and low-income students, with the added background of having lived and persevered through the experiences that these students now face. 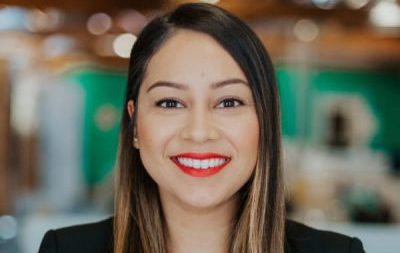 “I come to the work of racial justice as someone who has lived experience with systemic racism and how it shows up in my life with parents who were undocumented, family members who have been impacted by the justice and prison system, growing up in poverty and most recently, my sister surviving gun violence,” Muñoz said.

“So there isn’t a day that goes by where I forget that I’m the exception to the rule in the role that I play at ETW and then also in the space of higher education and having … attained my degree.”

Muñoz has been through the gamut of California higher ed. Starting at Woodland Community College approximately a year after high school, she attained an associate degree in social science there. She then went on to the University of California, Davis for her B.A. in sociology and M.A. in education.

She also took part in the Ronald E. McNair Scholars program and holds a graduate certificate in applied policy and government from Sacramento State University.

After graduate school, she accrued policy experience as an Assembly Fellow for then-Assembly Member Todd Gloria, who is now the mayor of San Diego.

Muñoz joined ETW as an entry-level policy analyst as the non-profit was building its higher education team, said Dr. Christopher Nellum, deputy director of research and policy at ETW. Having worked there for more than two years now, she was promoted to a senior position a few months ago.

Her work spans all tiers of higher ed and centers around two topics, race-conscious policymaking and dual enrollment – where high school students can take college-level courses.

“What we ended up realizing in that body of work was that a lot of folks are actually not being race-conscious in their practices and policies because they fear litigation,” Muñoz said. “But at the same time, there are [many] things that they are able to do, despite there being a ban on affirmative action, to support and to really help out students of color.

“I think the next phase is trying to carve out the work ahead for helping school and campus leaders better understand what policies and practices are or are not permissible under this Prop 209 environment.”

As for the matter of dual enrollment, Muñoz looks forward to ensuring that it helps close racial equity gaps, not exacerbate them. Black, Latinx and low-income students are underrepresented in dual enrollment, she said.

“Dual enrollment’s a really great opportunity for students to get into college classes early, for college to be affordable and for them to be able to be successful in college,” Muñoz said. “And so, we want to make sure that these opportunities are offered to all of our students, but particularly for students of color, so that we can use it as a lever for closing racial equity gaps.”

Students have had to endure several large hurdles in the past few years, Muñoz said, such as challenges regarding financial aid, basic needs, time to degree completion and time to transfer. These have all been compounded and worsened by the COVID-19 pandemic, especially with students of color and low-income students having to take on additional jobs, drop out of college or postpone their studies to help family members.

Muñoz said she was glad to recently see some support for disadvantaged students in California Gov. Gavin Newsom’s budget, such as a policy to ensure that all students can complete a financial aid application. She adds however that efforts to create evidence-based practices to bring back students who have either foregone or dropped out of college due to the ongoing pandemic are important.

Muñoz understands the ways in which education intersects with other issues, such as poverty and the carceral system, Nellum said. She also comes from a community often underrepresented or not even invited to discussions about higher ed policy.

And although she’s found herself a spot at the table, she hasn’t forgotten to bring others to it as well.

“In addition to coming from a community that is often not engaged or at the table when decisions are made, I think the really important thing about Yvonne is she is, in my opinion, unwilling to do advocacy work without the insights and inputs and expertise of folks who are closest to the issues that we’re trying to solve as a statewide policy organization,” Nellum said. “She always wants to know what do our community-based organizations think about this problem or this solution set that we’re offering to a set of problems. What do educators think? What do women of color think?”

There’s this saying, Muñoz adds, as she talks about her own background and experiences. But it seems to show up in her work philosophy as well.